DELL THE WORST COMPUTER MANUFACTURER IN THE WORLD

In late December 2009, my daughter purchased, from Best Buy, a Dell Inspiron 14. The laptop worked for a week before the hard drive stopped. After a two hour phone call to Dell's tech help center somewhere halfway around the world, we were told that the hard drive needed to be replaced. Dell said they would order the drive and have a tech come out to our home to replace the drive. About two days later the hard drive was delivered to our home. When we called Dell they had a different story. Now we had to install the drive ourselves. As it turned out, it took some time but we did it correctly. Selva (the supervisor) said if there is any other problems call him directly.  As soon as the drive booted up a window appeared with factory.wim is not present. Now the nightmare begins.  Several calls later to the foreign tech center still have us telling our story over and over. Finally we reached Selva's voicemail at 1-800-624-9896 Ex 4543514   dispatch number 809725818 where we have called several times and have left several messages but no reply or call back.

Dell has become the purveyor of pure junk. They can't give you a product that works for more than a week. Oh, did I tell you they sent us a refurbished drive. That right, we buy a new laptop with a bad drive and get it replaced with a refurbished drive. They can't use the US for the tech support of US citizens. They have people in India that can't help you. You have to spend hours on the phone and get nowhere. No wonder Dell has become one of the lowest ranked computer manufacturers in the world.  I plan to blog this story everywhere. I don't think Dell will do anything about it or even cares.  This isn't a small problem. I can't download my printer software because of the factory.wim situation. After spending almost $600 for this piece of junk, you think they might want to keep me happy. Who knows I might want to buy another computer from them. That I can assure you will never happen again. I can only hope I save someone else a lot of trouble by sending them elsewhere for their computer purchase.

From best to worst almost overnight. When customer service went oversees quaility went out to see. sorry to hear your challenges

I have had ok luck with Dell. I have purchased from Dell direct and also met with some service difficulties. I had much better service when I purchased my desktop fromfactory reseller I met while he was at my house working on my laptop.  I will probably go the factory reseller route again.

I'm sorry to hear about your troubles with Dell. I must admit, I fell out of love with Dell too. My next laptop will likely be from HP.

Thanks for the support. If anyone knowes where I can effectively blog this besides Activerain, please let me know.

Lawrence, I currently have two HP laptops in my house and an HP Desktop.  I like HP, although I hate the thought of getting on the line with tech support, I am please with the product.  My first computer was an IBM desk top...it was fine, but I really like the HP product.  Of course my cousin swears by Mac and he's a real computer techie.

I really don't know that much about Dell and after your report I can assure you that I will have nothing to do with them.

Nick, I also own an HP. I have had no trouble with it since I bought it. They are also the number one manufacturer in the world. Their tech support is also in India...but if you ask for someone in the US you will get them or a Canadian.

I have a degree involving computers, I am a freelance computer technician and I have tech shop experience.  Hard drives and motherboards fail more than any other component.  I am not surprised that your hard drive went, it happens.  I can understand your frustration but the advice others are giving you is very, very misleading and I would hate for you to be just as angry with your next computer purchase.  If you are leaning towards a mac, from my experience as a pc/mac tech macs motherboards fail like mad right after the two year warranty and then they cost as much as a new computer to replace.  HP is the absolute WORST company you can purchase a computer from.  They have lawsuits against their motherboards and their build quality and reliability is the lowest of any manufacturer.  The thing I hate the most about my job is telling a close friend that his HP has a motherboard failure and it costs as much as a new computer to replace.  We repaired more HP's than anything and to top it off, HP has the WORST drivers on the market so you can tweak the thing for speed all you want but it still runs as fast as a machine with half the specs.

Stay AWAY from HP!

Good brands to consider are Toshiba and Sony but watch out, Toshiba uses Hitachi drives and I get more Toshiba's with drive failure than any other company.  Toshiba makes an excellent product but DO NOT purchase it unless it has a Seagate.

Mr. Costa, I HATE to hear stories like yours. You try to do the best for your kid, and then your good efforts blow up in your face. I had a horrible experience with Dell just once about 10 years ago and I will never touch one of their products again. (I will spare you the details. I finally sent a Fedex to Michael Dell, which meant that I got an email from a drone, which also got me nowhere. Dealing with Dell is like trying to get immigration permission from Stalin - you keep asking, and nothing ever happens.)  I have, however, been very lucky with four Toshiba laptops over the last five years or so. Their service representatives are clearly not located in the US, but they have been instructed to go the extra distance to help people when they call. They'll even help work out problems with third-party software.

I did have a hard drive die on one Toshiba laptop, but Toshiba gave me the name of a local Toshiba-certified service center that replaced my drive under warranty in about two days. That was actually a pretty good situation - local guys in a nice clean facility who did the work on time and efficiently.

Hope that things are okay now and that your kid has a working laptop.

BUY A DELL COMPUTER?   I DID - but I have thrown it out with the rubbish!

That will teach me to waste my hard earned cash on CRAP!     Dell Support? Don't even mention them - it makes my

I have a Dell desk top, so now I gotta wait till it breaks then go through all this garbage, thanks for letting me know about this Lawrence. 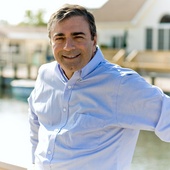