I have refrained from very much political posting on Active Rain this year, but this post was the highest commented and trafficked post on my Northwest Indiana Politics site since the 2008 election:

What's up with Ron Paul?

Kevin Tracy points out in his article today that Ron Paul, of all the Representatives in the United States, alone voted against supporting Haiti:

The House of Representatives recently passed a resolution “expressing condolences to and solidarity with the people of Haiti” by a vote of 411 to 1. That 1, of course, is the biggest fathead in the Republican Party, Representative Ron Paul. Big surprise.

I’m not entirely sure if Ron Paul is representing himself and his conspiracy theory nutjobs around the country or the Texans in his district who voted Republican, but either way the man is a really horrible joke. We used to laugh at Ron Paul, but now we just feel sorry for the Republicans who have to deal with him as their Representative in the House.

I know we have some members of the former Ron Paul organization here on our site, at least two of our writers and quite a few readers. Why in the world would Ron Paul be against expressing condolences? I'm confused and would love to hear from RLC or Ron Paul or patriots on this one.

Steve, seems odd to me that any U.S. Representative would decline to join in a condolence message to Haiti.  I haven't really followed Ron Paul, don't know much about him.  But I'd be interested to hear his reasoning for voting in the negative on that one.

Okay, so now my curiosity has gotten the best of me.  I read R. Paul's statement o the House floor, and I have also read the resolution.  The resolution goes much deeper than offering condolences.  It goes deeper than forgiving the nation's debt.  It goes so far as to resolve to lead a team of nations in rebuilding Haiti.  Not a bad sentiment if you have actually checked with the host country and maybe an ally or two.

First, I have no problem with nation building.  Second, yes I appreciate you doing some digging, you'll note if you follow the link to my political blog that there was a huge battle brewing between Ron Paul supporters and blogger Kevin Tracy who is a bit of a foreign policy expert. 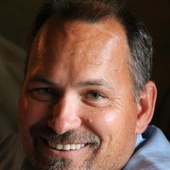 Thoughts from a home builder in Valparaiso Indiana, on technology and green building mainly.