From the below link a look at the current loan modifications thru 12/2009.  What is interesting is One Bank Wests modification program, which purchased IndyMac has a low percentage rate, which plays into the TBWS video.  ( http://www.thinkbigworksmall.com/mypage/archive/1/29027 )

On Jan. 15, 2010, the Treasury Department released data showing how the largest mortgage servicers participating in the administration's $75 billion foreclosure prevention program have been performing. You can see that breakdown below. The data show activity through Dec. 31, 2009.

To give an indication of each servicer's performance as a percentage of its loans eligible for modification, the Treasury listed the number of eligible loans that are more than 60 days delinquent (that's the "Est. Eligible Loans" listed below). Treasury only released data for servicers with over 5,000 eligible loans.

Under the program's guidelines, servicers initially approve borrowers for a three-month trial period. If the homeowner makes the payments on time, sends in the required documentation and meets the program's criteria for eligibility, the servicer is supposed to convert the modification to a permanent one at the end of that period. The data below show the number of loans that have moved to the permanent stage.

We've shown the number of permanent and failed mods as a percentage of the trial mods each servicer had begun as of Sept. 30. That's because the trial stage is supposed to last three months, so trials begun after that date are not expected to have a final outcome.

For our blog, resources and more, see our main bailout page. 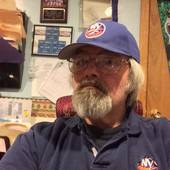