. Mortgage rates to rise: Anyone who purchased a home in 2009 was presented with some extremely attractive mortgage rates. Rates on 30-year, fixed mortgages fell to an average of 4.88 percent in November, down sharply from 6.09 a year earlier. A key factor behind the plunge was a Federal Reserve program, first announced in November of 2008, that purchased debt and mortgage-backed securities from Fannie Mae and Freddie Mac. But the program is slated to expire at the end of the first quarter, and if private investors don't step up, fixed mortgage rates could jump. (The Fed, of course, could always decide to extend the program.) The unwinding of this Fed program, the improving economy, and mounting concern over government deficits could push rates on 30-year, fixed mortgages to roughly 5.5 percent by mid-2010 and close to 6 percent by the end of the year, says Mike Larson of Weiss Research. "Almost all signs to me point higher," Larson says.

If you've been on the fence waiting for prices to drop further I would reconsider that strategy if you are needing a loan to purchase. You will qualify for less of a home when rates rise, so better start looking sooner than later! Find a local realtor you feel comfortable with, someone who has been in the business a while and knows more about the area. All the best! Marla Zanelli

I also think mortgage rates are ready to go up.   Perhaps buyers will decide to get off the fence and decide that  this is the best time to buy. 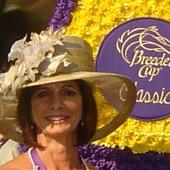