The state of Alabama often uses the song "Stars Fell on Alabama" in marketing materials.  There has even been talk of changing our state song to "Stars Fell on Alabama".  However, yesterday it was not stars that were falling on Alabama, but something we rarely see....snow.  Snow in Alabama typically shuts us down.  Even though the roads stayed clear in the Birmingham area, many schools and businesses closed early in anticipation of possible hazardous road conditions.  Apparently Alabama was not alone.  The national news reported last night that snow was on the ground in 49 of the 50 states.  I'll give you three guesses which state was without snow...but the first two don't count!

Going skiing? Sliding in your back yard?

Andrew - I'm a wimp...I just enjoy the scenery and stay inside to keep warm!

I was hoping to see some snowy pictures of Alabama. Doesn't it snow in Bham every year. I don't blame you about staying inside though.

Renee:  You just commented on my post about "Can't get no respect..." so I came over to take a peek at your blog.  First of all... I really love how you phrased things in the first paragraph of your Profile Page.  I really like it.

Now... as I was scrolling down your posts... the title of this one caught my eye.  Yes... it is titled "Snow Fell on Alabama..." but it reminded me of one of my all-time dreamy favorite songs... Stars Fell on Alabama.  Just love that song.

By the way... I have added you as an Associate... and subscribed to your blog.  I invite you to do that same.  <smile>

And, of course, I could not just sit here... after being reminded of such a wonderful song... without going straight to YouTube and finding it, and playing it... singing along with it, of course.

There are many versions of it... one by Louis Armstrong and Ella FitzGerald... one by Frank Sinatra which would have been the one my mother grew up with, and then one... actually an excellent version by Ricky Nelson - With Lyrics that I grew up with in the late 1950's.  Enjoy !

It's uncanny that you posted the link to Ricky Nelson's version of "Stars Fell on Alabama".  You may or may not have known that Ricky Nelson died in a plane crash on Dec. 31, 1985 traveling fom Guntersville, Alabama to Dallas, TX.  His performance in Guntersville the night before was his last.

Renee:  I DO remember... now that you mentioned it... that Ricky DID die that night.  I had not realized it last night/this morning when I wrote the comment.  I also did not remember that he was flying in from Alabama.  So yes... that was quite uncanny.

I saw Ricky/Rick in concert several times... and although I liked both "versions" of him... I really DID like the version of "Rick Nelson and The Stone Canyon Band" that was how he presented himself during his later years.

In fact... I used Rick's performance of "Garden Party" that talked about his daring to change himself from Ricky to Rick... and the Stone Canyon Band... in a post of mine... In Trying to Please My Family... I Almost Lost Myself.  That is a link to the post.  I invite you to read it, and to read some of my other posts as well.  Hope your New Years Day was pleasant.

And... thanks for adding me as an Associate.  I hope you were able to read the comment I wrote about you on your "associates list."  Take care. 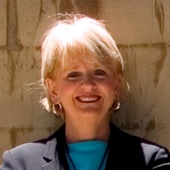