Here is a very comprehensive listing as to why it is so difficult for homeowners to succeed in selling their home without an agent.

For Sale by Owner, or FSBO is not uncommon in Westchester County. I have sold quite a few of them. I had an interest in a FSBO assistance firm, and a number of selling gurus like Craig Proctor have systems for converting FSBOs to listings thorugh such programs. I have seen dozens of FSBOs sell their own homes, and I am firmly convinced after what I have seen that most people who sell on their own are doing themselves a disservice.

First, let me say "most." If a guy puts an ad in the paper and sells his house in one weekend with no broker involvement and the buyer closes, he can consider himself lucky. I'd call that catching lightning in a bottle. But the vast majority of FSBOs don't have that sort of luck, and they actually shoot themselves in the foot. Here are a few myths of selling "by owner" that should be dispelled

There are a few other things a FSBO should consider:

If you want to sell your own home without a broker, give it 30 days. Then, list with a good broker with a track record, references, and a marketing plan.

All content/images, unless noted, are the property of J. Philip Faranda & may not be used without permission

Outstanding information about F.S.B.O. Thanks for sharing it with us.

Thanks for the shout out Athina. Bottom line: never swim in turbulent waters without a lifeguard on duty. 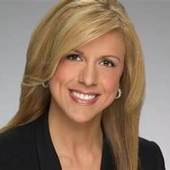 ActiveRain Community over 5 years ago
bookmark_borderbookmark
They sure don't make them like they used to...
View more Recent Posts   arrow_forwards