Last week I took out two couples at the same time. I know, that's weird, but I didn't really have a choice.

I had taken the first couple out for a couple of weekends to get started. Then, the 2nd couple decided they wanted to tag along. Sounds like a good idea, but then reality sets in.

We took off, with 17 homes to see. Yeah, I know, I'm a glutton for punishment, this area I am showing in is not my local area so I was trying to show as many as I could so I didn't have to go back so many times.

We took off with our homes in hand and began our search, one couple following us. Started off nicely. Didn't find anything either liked but then we found a house. Both liked it. Both were putting their furniture in it or placing furniture like they would like it to be. I started feeling kind of uncomfortable. One started saying that they had found it on the internet and knew this was the home for them. The other one said, "I saw it too and knew it was for me". Humph! Weird feeling coming on.  Did I point out good features of the home or try to downplay it?

Let's move on to the next home. Kind of the same scenario.

OK, I'm not complaining. I have 2 interested parties but each one didn't really want to step on the other ones toes.

To make a long story short, we found two homes for two couples in one day. Do I recommend this? 'No Way". Can I say WOW! You betcha!

Would I do it again? Don't think so. I do have 2 contracts pending though. They both found opposite homes but ones that fit them both completely. I'm thrilled. They are too - but never again!

There is absolutely no way I would ever take two separate buyers out together. I have to say I'm a little surprised they agreed to it, as well. Glad it all ended up working out, but not something I'd ever advise. Thanks for sharing your story!!

Hi Gayle ~ That is a mind boggling story all the way around.  Sounds like a recipe for trouble - and 17 houses - the thought of it knocks me over.  But talk about all's well that ends well - congratulations!! You earned it!

Friends think they are friends until they are in competition.

This was truly an experience.

Oh, now, that's a scary scenario, with lots of opportunities for disaster!  So glad it worked out for you.

I didn't mention, when the 2nd couple called they said they wanted to go since they knew we were going. I said, ok, thinking they had talked to their best friends. Come to find out, they hadn't asked them. 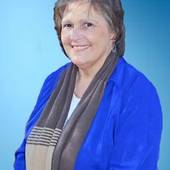