I've been gone for ages.  Sorry about that.  Went to see family (in-laws) for American Thanksgiving and then again for Christmas.  First time in 7 years.  Well, "Sheeee's Baaaack", and it is worse than ever.  I can't believe some people have time to spend their lives worrying about what their neighbor is doing in their neighbor's own yard, especially when they are never spoken to, ignored, and left alone.

So far, they have:

1.  Called the Ministry of Transportation (like Highway police but to look after the edge of the highway, you know all the trees and stuff in BC) making a false report that I was dumping on their property.  But as it worked out, I wasn't.

2.  Called the RCMP on me, complaining about me putting their cat's poop back on their property.  RCMP said you are not allowed to put it back, but that is about all.  Now that I have pea gravel, I can understand that a cat would want to use it as a litter box, but to be so disrespectful as to not clean it up when you know it is your cat, and to call the police?  I mean really.

3.  Came over and unscrewed my front porch light while I was gone, supposedly because it shined into her kitchen window.  Wasn't able to see my way in, when I returned in the dark.

4.  Called the City and complained that we were not being good neighbors.  What a joke.  They obviously don't know what good neighbors are.

5.  Filmed and followed me and took pictures of me working in the garden.  I am sure they are plotting something new.

Oh well, whatever they come up with next, should certainly prove to be interesting.  Can't wait to see them make themselves look even more foolish and less creditable than they already have.   It is doing nothing to us, because we are doing nothing wrong, but it does keep getting sillier and funnier as time goes on.  Pretty soon, if they keep lying on us and making false reports, absolutely no-one will believe them.

Does anyone remember the story about the boy who called "wolf" too many times?

Got any suggestions for "Cat Repellant" that does not hurt the animal, but will make him stay away.

Groups:
Active Rain Newbies
POSITIVE ATTITUDE for the Weary Soul
The Art Of Marketing You

Pia- When we got our dog a few years ago, I bought some spray that you use to train them to go potty in the area outside that you want them to.  In a nutshell, it keeps them from wanting to go where you spray the stuff.  There is also spray that you can use to keep deer, bunnies, etc from eating your bushes.  Maybe one of these will work to deter the trespassing kitty cat.  I picked up both from a store that is similar to a HomeDepot, but also carries animal/pet supplies.  Otherwise I would think a large pet specialty store would have something.  Good luck!

I hate it when people allow their pets to do their business in your yard. I don't have a pet and that is the reason I don't have one because I don't like cleaning up there mess. They would think you were wrong if you shot the cat with a beebee gun. It won't kill him but it will get him out the yard.

The cat poop going back and forth over the fence is funny.

As far as a cat repellent......I suggest you get a big dog.  That will keep the cat in its' place.

I once had a neighbor like that and they moved and I enjoyed the neighborhood.

We have neighbors that feel it is okay to let their animals leave their "mark" on our yard all the time, completely inappropriate,I feel your pain

OMIGOSH, I thought I was the only one!!  Every time my dog barks these jerks neighbors call the police -- who actually WASTE their time to come out.  Last week the police officer came to my door, and said "I'm not here to get you in trouble," and left.  He had to respond.  I was glad he came over.  I pointed out the remains of the eggs that were lodged on my driveway earlier that morning (or night).  They've put 5 dead birds in my backyard -- all in areas where I would see them (in front of my slider, on the pathway).  Birds just don'e flop down dead in these areas -- FIVE in 2 months!  Oh, let's see . . . what else . . . their precious boy come into my garage and keyed my car, he let my dog off the leash, they came into my house when I wasn't home because I had the radio turned on too loud and it bothered them, they've come on to my front yard and raked the leaves, they kicked the back fence in and let my rabbits escape . . . and my dogs bark (which is what DOGS do) and they call the police.  Now the City of Beaverton (George Fetzer w/Code Enforcement) has notified me via letter that they will fine me $250 a DAY if my dogs bark . . . and they tell me I need to keep my dogs in the house!!  Can you imagine that!?  My neighbors hacked into my email, and I "tested" this theory.  I emailed a friend of mine and said I was gettng a locking mailbox, and had one installed.  That very weekend, the neighbor changed his mailbox.  Coincidence, or are they just fvcking with me?!?

Your neighbors sound like they have nothing better to do than simply complain about simple nuisances. Not sure what RCMP is referring to so I jokingly figured it meant Royal County Mounted Police.

As far as people making false accusations, is there not law referring to frivolous complaints?   Also, anything you can do locally about them being a public nuisance? 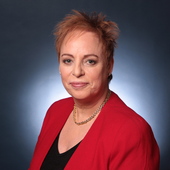 Thoughts and updates. Things I see, hear and voice. Perhaps someone is sharing the same, or looking to see if someone else other than them is going through the same things. Perhaps a point of view that was never considered. Perhaps a tip or idea that makes life, work or family better. Who knows, let's wait and see what develops. It will be big and there will be lots of fun and interesting things happening. Keep watching.