I was recently representing a buyer for a condo and submitted an offer to this Re/Max top agent in my area. His website says he has been in business for 21 years... He indicated that he was not willing to do the counters back and forth in writing and that once the parties reached a verbal agreement we would put it to paper.

I trusted this experienced agent and started the negotiations verbally and via email. Halfway through the negotiations he informs me that they have another offer on the table and suggests we make our highest and best offer as the seller is seeking a min of $560,000. This same counter was made to the other party.

I call the listing agent later and ask if the other party has submitted their highest and best. He says yes. I submit my buyer's offer and get an email the next morning from this listing agent informing me that he will get me the signed contract back from sellers later in the day.

Later that afternoon the listing agent calls me and nonchalantly indicates that the competing buyer's agent contacted the sellers directly, bypassing him, the listing agent, and negotiated directly with sellers a higher price than our verbally accepted offer... The listing agent proceeded to say in an emotionless tone that he felt horrible but there was nothing he could do. His lack of reaction to another agent bypassing him to talk to his sellers directly made me very suspicious about this Re/Max agent.

I told him that the other agent acted unethically and he said he agreed but would not do anything about it. I informed him that I would be filing an ethic complaint with the board of Realtors. You see this "experienced" Re/Max listing agent was acting as a transaction broker and owed fairness to both seller and buyers. The fact that he is not willing to file a complaint against the other buyer's agent proves that he either acted in collusion or does not understand his duties as a Transaction Broker.

Even if his story is true, it shows poorly on the ability of this listing agent to stay in control of the transaction.

Lesson to be learned: A bad apple can be in business for 21 years, so no matter who you are dealing with, do not trust anyone who wants to deal verbally or via email... Always ask for all counters to be in writing, if the listing agent refuses, have your buyers contact the sellers directly to communicate that they are uncomfortable dealing with the listing agent and would like to submit their offer directly... It is time to clean our profession from the few slimy agents left...

Ben, it's sad that tough times bring out sleazy behavior.  Before making a final decision on filing an ethics complaint, it may be worthwhile to review prior cases.  As I understand it, it's not like a court which must follow prescident and rules.  The decision is by a group of agents who may be influenced by a charming skilled presenter or by their past or anticipated experiences with said agent.  That agent may also have additional information that you are currently not aware of which could sway the opinions.  Just because something is distasteful and sleazy doesn't necessarily mean it's unethical by the definition.  The outcome can be quite uncertain and it would imerse you in negativity during the process.  However, if you proceed, I applaud a decision to report what is wrong - if we don't truly police ourselves as Realtors, then our ethics pledge means nothing.  Let us know what you decide and how it turns out.

Actually the plot thickened as I received a long email today from the sleazy listing agent spinning the story and in essence saying that actually the seller was a joker and was just playing when he had told him that he was contacted by the other buyer's agent and that in fact the listing agent (now admitting a lie) was contacted by the other buyer's agent who submitted a higher offer before the seller had a chance to sign our offer.

You are right, the negative energy is not worth it. This will turn into a he said-she said silly game. I now know how sleazy this agent is, and I will handle him differently next time.

What goes around comes around. Karma

It is just one of the examples of not trusting words( unless you really know well the agent). I just recently had a very ugly situation when the listing agent over-promised on behalf of his client( in front of both of my clients and myself). I could not imagine that he will not 'walk the talk'. But since nothing was from him in writing( I did follow with emails that he simply ignored), nothing was done. ( what a grossful sales tactic) 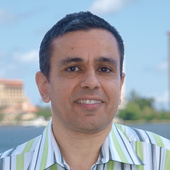