I have traveling back from a great seminar yesterday and like many other had issues with my travel plans.  It took 17.5 hours to get from Dallas to Buffalo, but during the day many lessons were learned.

My airline had to cancel my flight and was told they re-booked me on another flight.  My first thought was that's great it's 5:30 in the morning and instead of getting home by noon I'll make it a few hours later.  Well, they were going to get me home by noon... on Tuesday!  Yes, 4 days later!  That wasn't going to work.

I called my staff and they made a few calls and booked me on another airline and I was able to travel home yesterday.  My staff was great - even though I called very early in the day.

I arrived in Charlotte and walked over to the TV monitors to check the gate assignment for my next flight and after finding my flight number there it was - my lesson for the day.

Look at the message here - they didn't tell me my flight was delayed, they told me it was NOW schedule for 6PM.

I'd like to thank the Charlotte airport for teaching me a lesson and keeping me in a positive mindset. 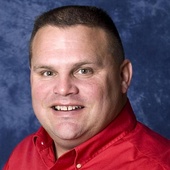