The Canadian women are off to a great start in the Olympics and right now they are the pride of the nation.

But one group of Canadian women athletes are missing: ski jumpers.

Although women’s ski jumping is alive and well in many parts of the world the IOC has ruled that: "Women's Ski Jumping does not reach the necessary technical criteria and as such does not yet warrant a place alongside other Olympic events."

After a valiant effort by the women, and with the support of other female jumper around the world, they lost their court battle to force the IOC to allow their participation.

In a give your head a shake decision the court ruled that while the IOC position violated the Canadian Charter of Rights the courts had NO authority to compel a an international organization to obey Canada’s laws. What these women doing now?

Did they go off stomping their feet and pouting?

They are volunteering at Whistler.

A real classy group of women.I’m proud of them.

This was a very informative post and interesting to boot. I'm glad to hear they are volunteering.

Canada is a great host to the olympic games and I am glad to here these woman are volunteering.

If it was the Summer Olympics I would say the IOC committee had their heads in the sand but as it is the Winter Olympics, their heads were in 42" of snow!

Yes Bob, a great group of atheletes were denied yet show class in volunteering.

Bob, that's really mature and level-headed of them to be there volunteering. It shows what class they have.

Thanks for your comments. Good sportsmanship should be recognized.

I really don't understand the politics behind that decision - but political it was!  That's cool - I didn't know they were volunteering!  I wish I had! 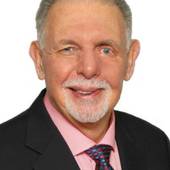