After consulting with major Canadian lenders, Flaherty outlined the latest weapons at Ottawa's disposal aimed at removing some of the speculative froth in the housing market.

"There is no evidence of a housing bubble, but we're taking prudent steps today to prevent one," he said at a news conference in Ottawa.

First, Ottawa will require that all borrowers meet the standards for a five-year fixed-rate mortgage, even if they choose a variable mortgage with a lower rate or a shorter term.

"This will guard against higher rates in the future," Flaherty said.

Second, the proposed rules would lower the maximum Canadians can withdraw when refinancing their mortgages to 90 per cent of the value of their home, from 95 per cent.

And finally, Ottawa will now require a minimum 20 per cent down payment to qualify for CMHC insurance for non-owner-occupied properties purchased as an investment.

The last rule is aimed at reining in would-be real estate speculators who own multiple properties beyond their primary residence.

"We want to discourage the tendency some people have to use a home as an ATM, or buy three or four condos on speculation," Flaherty said.

There had been speculation the Department of Finance might implement legislation raising the minimum down payment from five to 10 per cent of a home's value, or reduce the maximum amortization period from 35 years to 30 years.

Those measures were not part of Flaherty's announcement on Tuesday, but all options are still on the table should circumstances change, Flaherty said.

The new rules are not likely to revolutionize the industry. Indeed, a number of large Canadian lenders already practise the first peg of Flaherty's plan; after Tuesday's announcement, Bank of Montreal noted that it requires its high ratio borrowers to be able to qualify using the five-year rate.

"While we do not believe that Canada faces a housing bubble, we fully support the minister's actions," the bank said in a release. "Given the prospect of higher interest rates and the recent run-up in housing prices in some markets across Canada, the measures announced today are prudent." 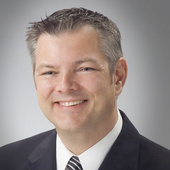 Updates on the market activity in Saskatoon, Saskatchewan, Canada