Jacksonville beaches is the place where you will find miles of uncrowded white sandy beaches, is situated east of Jacksonville, Florida, between the Atlantic Ocean and the Intra-Coastal Waterway. Jacksonville Beach is a business, resort, & residential community offering oceanfront hotels, great dining, shopping from antiques to art galleries, an eighteen-hole municipal golf course, family entertainment, festivals, concerts and much more. The Jacksonville Beaches, known locally as "The Beaches" or simply "The Beach", is the group name for the towns and communities on the northern half of San Pablo Island on Florida's First Coast, all of which are suburbs or parts of the city of Jacksonville. These communities are divided from the core body of the city of Jacksonville by the Intracoastal Waterway. The northernmost of the beach communities in Duval County is Mayport. Moving south along the coastline are three incorporated towns: Atlantic Beach, Neptune Beach and Jacksonville Beach. All three preserve their own municipal governments; on the other hand, due to the consolidation of the county government with that of the City of Jacksonville in 1968, denizens of these beach municipalities also vote for Jacksonville City Council members and the mayor of Jacksonville. Continuing south into St. Johns County is Ponte Vedra Beach in St. Johns County. 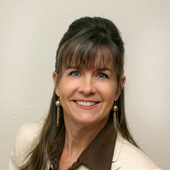