Visit http://www.ritagibbons.com/ to search homes for sale in Warrenton, Virginia ...

Warrenton, Virginia, located in Fauquier County, is the largest town in the County.  Warrenton is an extremely desireable area due to it's close proximity to the DC area ... located South of Prince William County at the intersecting highways -- Route 29, Route 17, Route 15 and Route 211.

The first thing you need to know about Fauquier County is how to pronounce it. The county was named after Francis Fauquier, Virginia's acting royal governor from 1758 to 1768, but saying it incorrectly can have some distinctly unregal consequences.

Old-timers say it with a hardened, southern accent: Fawkeer. Never employ the patois of a backwater town by saying Fohkear. And no French accent, either. You must achieve the right balance between sounding too twangy and too haughty.

Therein lies Fauquier's predicament. The county of 60,000 people, assorted cattle farms and technology companies is not exactly part of metropolitan Washington, but it is not exactly in the hinterlands, either. It lies on the edge of Northern Virginia, about 40 miles from the District.  It is a place where you can drink beer at a British pub owned by a former high-tech power player. Or you can head to Great Meadow in The Plains on summer Friday nights, tailgate with a candelabra and bottle of locally produced wine and watch rousing "twilight polo" matches.

Fauquier is a place where animals are taken seriously and support people's livelihoods. In a region where farming has become largely unaffordable, Fauquier is an agricultural stronghold, and weather is monitored as closely for signs of when to start harvesting the hay or corn as for school closings.

Silos stand tall in the southern end of the county, near Remington and Bealeton, where dairy farmers still make a living feeding chopped corn to Holstein cows that produce milk for grocery stores. Cattlemen remain aplenty, raising Angus beef that lands on dinner plates in upscale restaurants in New York. Every Tuesday, cowhands duke it out at the Fauquier Livestock Exchange in Marshall for cheap prices on steers or heifers.

Horses are also a lucrative business in Fauquier, with the second-highest number of horses in Virginia behind neighboring Loudoun County. This was the home of the late philanthropist Paul Mellon, whose Sea Hero won the 1993 Kentucky Derby. Breeders continue to thrive here and ship their mares each spring to stallions in Kentucky to produce foals that race at tracks near Charles Town, W.Va., Baltimore and Richmond.

Northern Fauquier also boasts a mother lode of horse farms, many enclosed by mortar-less stone walls and weathered fences. Near the town of Middleburg in Loudoun, many Fauquier residents enter horses in weekend steeplechase races or fox-hunt in one another's backyards.

It is no surprise then that such an expensive industry has lured celebrities and the wealthy to retreat or start a new career in the area. Actor Robert Duvall lives in The Plains, used to own the popular Rail Stop Restaurant there and auctions tango lessons for local charities. Sheila C. Johnson, co-founder of Black Entertainment Television, is building an upscale inn near Middleburg that has provoked some of the biggest controversy here since Walt Disney Co. proposed an amusement park nearby in Prince William County in the 1990s.

Fauquier residents vigilantly guard two closely intertwined elements: low taxes and land conservation. People here expect Fauquier to grow, but at a glacial pace. The property tax rate is 99 cents per $100 of assessed value, and most of the county's 420,000 acres are under some form of permanent or temporary protection from commercial or residential development.

i have lived in warrenton for 25 years. it is a very nice town to have a family, i grew up there. they need more shopping centers but warrenton is nice to me. 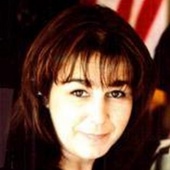 My Listings
Fredericksburg Real Estate on Zillow
Get this widget