Several times per week, I get phone calls from attorneys. These calls all start out the same. "I am unable to get loan modifications done through a lender. What can I do?" The first question I ask is if the lender is Indymac/One West. Invariably, it is.

Indymac was a national bank in the U.S. It was insured by the FDIC. On July 11, 2008, Indymac failed and was taken over by the FDIC.

Indymac offered mortgage loans to homeowners. A large number of these loans were Option ARM mortgages using stated income programs. The loans were offered by Indymac retail, and also through Mortgage Bankers would fund the loans and then Indymac would buy them and reimburse the Mortgage Banker. Mortgage Brokers were also invited to the party to sell these loans.

During the height of the Housing Boom, Indymac gave these loans out like a homeowner gives out candy at Halloween. The loans were sold to homeowners by brokers who desired the large rebates that Indymac offered for the loans. The rebates were usually about three points. What is not commonly known is that when the Option ARM was sold to Wall Street, the lender would realize from four to six points, and the three point rebate to the broker was paid from these proceeds. So the lender "pocketed" three points themselves for each loan.

When the loans were sold to Wall Street, they were securitized through a Pooling and Servicing Agreement. This Agreement covered what could happen with the loans, and detailed how all parts of the loan process occurred.

Even though Indymac sold off most loans, they still held a large number of Option ARMs and other loans in their portfolio. As the Housing Crisis developed and deepened, the number of these loans going into default or being foreclosed upon increased dramatically. This reduced cash and reserves available to Indymac for operations.

In July, 2008, the FDIC came in and took over Indymac. The FDIC looked for someone to buy Indymac and after negotiations, sold Indymac to One West Bank.

OneWest Bank and its Sweetheart Deal

OneWest Bank was created on Mar 19, 2009 from the assets of Indymac Bank. It was created solely for the purpose of absorbing Indymac Bank. The principle owners of OneWest Bank include Michael Dell and George Soros. (George was a major supporter of Barack Obama and is also notorious for knocking the UK out of the Euro Exchange Rate Mechanism in 1992 by shorting the Pound).  (MORE) 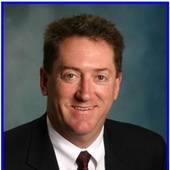 This informative Blog discusses the local, state and national real estate happenings. We have current events, financial information, great recipies, home improvement articles and much much more. Come enjoy your visit and feel free to make any comments you like.