What do so many people think of when you talk about Mississauga?  Hazel McCallion, the mayor? Perhaps, but when thinking of Real Estate most 416er's (those from Toronto 'core') think of Mississauga as that suburb to the west with row upon row of sub-division houses. Homes built by companies like Fernbrook, Mattamy, Regal Crest, Greenpark, Sundial and Cachet to name just a few. While this is true there are large sub-divisions of newer homes with all the amenities that many people want in a home. These include; ensuite baths, lots of closet space, new modern kitchens, high ceilings, open concept living and yards...?  Well maybe the yards is where all that magic breaks down a bit. With new home builders offering 32, 40, and the 46 foot lots - the latter of which advertised as being a "wide-lot", it's no wonder that people who like room between their house and their neighbours look to more mature communities. These areas can be found in a variety of pockets but probably none as prominent as the area of Lorne Park in south Mississauga.

Bordered by the QEW to the north, Southdown Road to the west, the Credit River to the east and the Lakeshore to the south, Lorne Park may in fact be one of Canada's best family friendly neighbourhoods. With Port Credit being a stones throw away as well as the smaller Clarkson Village, it has the quaintness of a small town with the amenities of a big city nearby. In addition, it offers a huge variety of homes on much larger lots than found in some of the newer developments. Homes for sale in Lorne Park range from a low of $400,000 and range up to beyond $4 million. Below I have given you a cross section of homes (from low to high l to r).

Are there sub-divisions in Lorne Park? Yes, there are a few pockets that have several hundred homes that were built 30+ years ago when a developer bought some land from a local fruit farmer. These homes generally have 50 ft lots and are also considerably deeper than the average new subdivision home lot. Most have ensuite baths and walk-in closets, with main floor laundry, family rooms, eat-in kitchens, and formal dining rooms, however many may require updates to varying degrees. You will certainly pay a premium for a property that has been fully updated.

There is also a popular sub-division built by Mattamy Homes called Watercolours which has all the amenities of new luxury homes on 50 to 75 ft lots. These properties range from approximately $800,000 to $1.5 million and are 2600 sf up to 5000+ sf. Originally the area was the home of a variety of farms, orchards, and even cottages to the people from the City of York which is now Toronto, Lorne Park has gradually been sold off in chunks by the original owners of yesteryear and has become the vibrant kid and adult friendly community that it is today. Joggers, cyclists, dog walkers, and kids (lots of kids) are at every turn. Trees are plentiful, and in the fall, leaves are still vacuumed up at the curb by the city... (and yes most houses still get door to door mail service). Older properties are constantly being upgraded and smaller homes on larger lots are regularly transforming into another person's dream or vision of the perfect home (or investment!). Visit my website at www.timbishophomes.com for more information on Lorne Park, Lorne Park homes for sale as well as other communities in Mississauga. 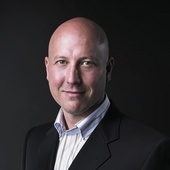