Recently when showing a home for sale in Baltimore I came across a disturbing find in an estate sale property. The listing agent had done his research and discovered that underneath the stained, dated carpet were hardwood floors in decent shape. Rather than have the carpeting removed entirely (which would have been my suggestion to the seller), the agent pulled back a substantial part of the carpeting so potential buyers could see the hardwood underneath.

As I mentioned, I would have instructed the sellers to have the carpeting removed for two reasons – the house would show better (and most likely smell better as well). Secondly, when buyers see the existing carpet and hardwood underneath, the first thing they think of is “there’s a project,” as I can assure you, this carpeting was in such bad shape, no one would want to keep it, even if they didn’t want to expose the hardwood.

This is certainly debatable as far as sales strategies go, but what was far more disconcerting to me was how the carpet was weighted down to show the floor. The sales agent had used an engraved urn! The top of the urn was nowhere to be found and as far as we could tell the ashes were missing as well. I have been through thousands of homes for sale in Baltimore, but I can honestly say this is the most disrespectful and appalling thing I have ever seen as an agent.

It makes you wonder what type of person could have such a disregard for their client and their possessions to have just grabbed an urn and toss it on the ground to show off the hardwood floors. Even from a sales perspective, did this agent really think that the first thing people would notice when looking in this corner of the home would be the floors or the urn? So, to those agents out there, what has been the most perturbing thing you have seen when touring properties?

Peter - I am sure Father Felice will come back to haunt the infidel that used his urn. Unfortunately in our industry we do come across all kinds of clients and agents , they aren't always of the highest caliber.

SHAME on him and/or her

I don't know any agents who would do this.  None.  And I don't understand the benefit of taking the picture, posting it and telling this story.  It is awful, terribly unusual and easily corrected.  Call the agent.  That's not scandalous; rather its the type of professional courtesy that we expect from other professionals.  Teachable moments sometimes require neither a picture nor 1000 harsh words. 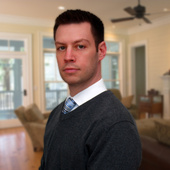