The show started with both entertainers. After 4 songs together, Billy Joel walked back stage and Elton performed solo for about an hour and a half.

When Elton left the stage, Billy Joel came back and sang solo for about 45 minutes. When Elton returned, the two of them  performed for almost another hour.

Wow, I bet that between the two of them they had a ton of hits to play.

They did, it was an awesome show. 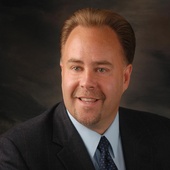 almost 12 years ago
bookmark_borderbookmark
Are you looking to sell or do you want a free lunc...
View more Recent Posts   arrow_forwards