Like:
Home > Blogs > Alicia Ale > Key Biscayne Waterfront Condos
I am sharing today our Exclusive look at Brickell Condo Market Statistics covering only condos that closed in 2009. I have selected only those condo towers that have sold more than 30 apartments during 2009. These are The Club at Brickell Bay, The Vue at Brickell, Jade Residences at Brickell Bay, Skyline at Brickell, Isola at Brickell Key and Brickell on the River North Tower. These charts and statistics will helps us measure how the real estate market is reacting to today's trends of supply and demand, financing and other factors. This data has been obtained from the South East Florida MLS system.

Analyzing this chart we can see that the average sales price for these 6 buildings was $250,000 with the exception of Jade at Brickell Bay since its a Luxury Building and the average unit was sold for $621,886. Incredible bargains lure investors to purchase at Jade on Brickell Bay, considering that a few years ago a 1 bedroom unit on this building was going for half a million and was considered a low price. Today Jade continues to be one of the most favorite buildings in Brickell due to its location, amenities, unit size and finishes. Even though the amount of REO(s) has decreased tremendously at this building some bargains remain. Most of the time condos are sold above the asking price, supply vs demand makes this happen specially at Jade on Brickell were financing is almost not an option unless you go with a private lender.

On the other hand the average days on the market was 120 days, this is due to conditions on the market place, lack of financing and the vast inventory buyers have to choose from makes it a tough choice. Brickell has more than 70 towers and many are comparable on size, amenities and location..

Bank Owned sales dominated the marketplace in 2009 specially in Brickell were most of these condo buildings such as Brickell on the River, The Club at Brickell & Skyline at Brickell were built during the real estate boom. The Club at Brickell was one of the most affected during this year as well as Vue at Brickell which is a condo conversion. Units were sold and flipped also during this period. Short Sales also begin to emerge however due to lack of an efficient processing system by the lenders the vast majority ended up as a Foreclosure repossession leading to a REO inventory of over 50 units at The Club at Brickell Bay alone.Today's this is not the case, REO are scarce in the region however foreclosures filing keep stacking up at the Miami Dade Court House.

Cash became king in Brickell, since banks released an incredible amount of foreclosure inventory to local real estate firms it was easier for buyers to purchase using their own Realtor. However it was frustrating for many when an offer was presented to the seller (in this case the Bank) and it was outbid by another cash offer sometimes even above the listed price. The idea of financing as convenient as it was before quickly became an obstacle to obtain such juicy discounts. Today the trend continues since lending guidelines and buyer requirements are very strict specially in condos. Nowdays REOs has decreased and short sales has taken its place, again a lender will be more favorable to cash purchases that financing, this is due to condo association delinquencies, rentals vs owner occupied percentage, absence of Mortgage Insurance coverage and default ratio that prevents Banks to lend in this type of properties considering it a high risk loan. Come back to our blog in the future to get the latest information on Miami - Brickell Real Estate Market Trends, Statistics, Financing and much more. If you need a market evaluation on your property, contact us and we will meet and present it to you for Free no strings attached.
LIKE
close 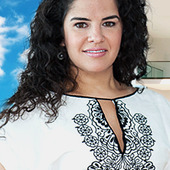