The latest figures released by Nielsen show that members spend 82% more time on social networks than they did just one year ago.  That's an astonishing five and a half hours average per month and it confirms what everyone already suspects - that your customer is online and hangs out in social networks.

Facebook remains the leader of the pack and on Christmas day it finally unseated Google and celebrated its first day as the most visited site on the internet. Facebook also reported the registration of its 350 millionth user account as well as unique monthly visitors of over 109 million people.

It bears saying again and again that you need to adapt your business marketing to include social media and particularly Facebook. 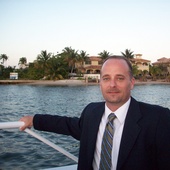