There's strong interest in high-end properties in Los Angeles right now if the number of visits that I've been getting on the L.A. Estates & Luxury Homes page of my website are any indicator. This second in a series of articles is an overview of where you can find the finest homes for sale in Los Angeles. Most of Los Angeles' great estates are found in or near the Hollywood Hills, from Griffith Park to the ocean, an area which includes Beverly Hills, Bel Air and many grand old Hollywood estates.

However, the coastal hills of Malibu and Santa Monica Mountains at the north end of Santa Monica Bay have become home to a new brand of rural estates, sprawling sea ranches, and dramatic shoreline mansions in the last thirty years. Malibu alone now has more celebrities per square foot than the Cannes Film Festival and there's an incredible variety of opportunities for nearly twenty miles along the Pacific Coast Highway for custom, ocean view homes from Ventura County Line to Topanga Canyon.

Malibu and the Santa Monica Mountains offer the best opportunity in Los Angeles to get away from it all without leaving town.

The only other true estate properties in L.A. are found on the Palos Verdes Peninsula which defines the southern end of the bay. Visible from Malibu to Downtown and beyond, the peninsula is a huge promontory with older estates, custom homes and villages on the sea-bluffs and at lower elevations in the hills all the way around it on the main road. Newer homes and exclusive properties are found higher up the hill and can offer unbelievable jet-liner views of the coast and Channel Islands.

The rest of Los Angeles' high-end, urban beach properties between Palos Verdes and Topanga can be divided into the L.A. Metro beaches north of L.A. International Airport, and the independent beach municipalities of South Bay.

South Bay is made up of Manhattan, Hermosa, and Redondo Beaches, three classic Southern California surf towns south of LAX  which still have a lot of small town appeal, despite being a lot more densely populated than they once were. Beachfront homes with sweeping views line South Bay's famous ‘Strand' from LAX to Palos Verdes. Since all three of these cities have low coastal hills, there are always plenty of great view homes (& condominiums) available as well.

The beach towns to the north of LAX are both  older and more varied in character. Venice and Marina del Rey both offer a range of beachfront homes similar to what you find in South Bay including piers, wide, white beaches, and plenty of sun. But Marina del Rey is also the largest small boat marina on the west coast and is home to several major new high-rise residences.

Venice, on the other hand, tends to be funkier, more urban and more wildly eclectic than L.A.'s other coastal communities. This is simultaneously a defect and recommendation. Venice also features the famous canals (the lesser,) the immensely popular Abbot Kinney business district, and notorious boardwalk which has mostly commercial and high-density development.

Finally, the north end Santa Monica and Pacific Palisades start to resemble the kind of homes and estates found elsewhere in the hills. Palisades in particular has a number of rural feeling homes and estates, both new and old, on the hill sides overlooking the Pacific.

Look for an examination of lifestyle, features, and architectural styles in some of some of Los Angeles' most famous communities in the upcoming 3rd article in this series.


See Complete, Categorized MLS Listings Online for All of the Los Angeles Beach Cities featured in this Article at:

Thanks for the advice, I learn so much from your tips and various post keep them coming.

You'll also find the first article in the new L.A. Estates series already posted as well. I'll be adding cross-links to all of the articles in the future. Take care. 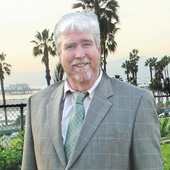