Home > Blogs > Michael Mergell > Michael Mergell's (mmergell) Blog
bookmark_border
I was a little distracted over the very difficult listing appointment I had just come from. How did they get me to cut my commission. $5.37. That's what the kid behind the counter at Taco Bell said to me. I dug into my pocket and pulled out some lint and two dimes and something that used to be a Jolly Rancher. Having already handed the kid a five-spot, I started to head back out to the truck to grab some change when the kid with the Emo hairdo said the harshest thing anyone has ever said to me. He said, "It's OK. I'll just give you the senior citizen discount." I turned to see who he was talking to and then heard the sound of change hitting the counter in front of me. "Only $4.68" he said cheerfully. I stood there stupefied. I am 41, not even 50 yet much less 55 or 65? A mere child! Senior citizen? I took my burrito and walked out to the truck wondering what was wrong with Emo. Was he blind? As I sat in the truck, my blood began to boil. Old? Me? I'll show him, I thought. I opened the door and headed back inside. I strode to the counter, and there he was waiting with a smile. Before I could say a word, he held up something and jingled it in front of me, like I could be that easily distracted! What am I now? A toddler? "Dude! Can't get too far without your car keys, eh?" I stared with utter disdain at the keys. I began to rationalize in my mind. "Leaving keys behind hardly makes a man elderly! It could happen to anyone!" I turned and headed back to the truck. I slipped the key into the ignition, but it wouldn't turn. What now? I checked my keys and tried another. Still nothing. That's when I noticed the purple beads hanging from my rearview mirror. I had no purple beads hanging from my rearview mirror. Then, a few other objects came into focus. The car seat in the back seat. Happy Meal toys spread all over the floorboard. A partially eaten doughnut on the dashboard. Faster than you can say ginkgo biloba, I flew out of the alien vehicle. Moments later I was speeding out of the parking lot, relieved to finally be leaving this nightmarish stop in my life. That is when I felt it, deep in the bowels of my stomach: hunger! My stomach growled and churned, and I reached to grab my burrito, only it was nowhere to be found. I swung the truck around, gathered my courage, and strode back into the restaurant one final time. There Emo stood, draped in youth and black nail polish. All I could think was, "What is the world coming to?" All I could say was, "Did I leave my food and drink in here?" At this point I was ready to ask a Boy Scout to help me back to my vehicle, and then go straight home and apply for Social Security benefits. Emo had no clue. I walked back out to the truck, and suddenly a young lad came up and tugged on my jeans to get my attention. He was holding up a drink and a bag. His mother explained, "I think you left this in my truck by mistake." I took the food and drink from the little boy and sheepishly apologized. She offered these kind words: "It's OK. My grandfather does stuff like this all the time." All of this is to explain how I got a ticket doing 85 in a 40. Yes, I was racing some punk kid in a Toyota Prius.. And no, I told the officer, I'm not too old to be driving this fast. As I walked in the front door, my wife met me halfway down the hall. I handed her a bag of cold food and a $300 speeding ticket. I promptly sat in my rocking chair and covered up my legs with a blanky. The good news was I had successfully found my way home. -*-*-*-*-*-*-*-*-*-*-*-*-*-*-*-*-*-*-*- READ BELOW ! Just in case you weren't feeling too old today. The people who are starting college this fall were born in 1991. They are too young to remember the space shuttle blowing up. Their lifetime has always included AIDS. The CD was introduced two years before they were born. They have always had an answering machine. They have always had cable.. Popcorn has always been microwaved. They never took a swim and thought about Jaws. They don't know who Mork was or where he was from. They never heard: 'Where's the Beef?', 'I'd walk a mile for a Camel ', or 'de plane Boss, de plane'. McDonald's never came in Styrofoam containers. They don't have a clue how to use a typewriter.
Like favorite_border
favorite_border 0
Re-Blog
repeat 0
bookmark_border

Michael, put some page break in there so we can read it. Our eyes get tired.....I want to read it but it's too hard! Put page breaks in and then delete this comment! You go....we all love funny stories!

I can tell you that you are not old Michael. We truly old folks have learned defenses and cover-ups for our gaffs and actually consider ourselves pretty crafty for doing so. You'll be one of us soon enough. Enjoy your childhood.

OMG what a story!  I hope you never have a crazy day like that again!  Unfortunately, into every life a little drama must come.  Thanks for sharing.

Michael-Jeanean is correct you need to write your posts with paragarahs and line breaks.  I took a cruise back through some of your pervious posts and noticed the same issue.  You have good content but readers are passing you by as it is to difficult to try and read the length of the page without formating.  Good luck and hope this helps you increase your readership.

hahah  this story is a funny one...I didn't know you were such a good writer though...but apparently noone likes your formatting skills...  I am enjoying the blogs though, great content! 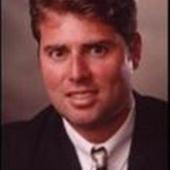