65 years ago this morning, the Marines landed on Iwo Jima. The battle raged on until March 16th. It was then that the final battle tally was realized.

There were 21,000 Japanese soldiers defending Iwo Jima. There were only 1,083 survivors.

To this day, there is still an argument whether this small island of volcanic ash and a few small airfields was worth the price that was paid.

Strategically speaking, it is a great location. Almost halfway between Tokyo and Saipan. The position allowed any occupying force the ability to refuel and attack in either direction. This allowed the planes to carry more ammunition and less fuel.

What is mot in dispute, is the fact that so many gave their lives for this War changing battle. Without the capture of this airfield, the Army Airforce couldn't have an effective attack on Japan.

So, 65 years later, take a moment to reflect on those that were a part of this important event and remember the sacrifice of those many who gave their lives.

There should only be honor and respect for those who gave so much.  We owe them a lot.  Let us never forget our number 1 mission is to defend this nation and our Constitution from both foreign and domestic enemies.  May those brave men and women who died, rest in piece.

Great Post! We need to remember our servicemen who bravely fought and sacrificed so much! Then and now! 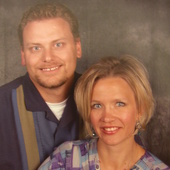