As I sit here and watch the Olympics, of course I am proud of the number of medals the United States athletes have won.  We have amassed gold, silver and bronze medals and our athletes have stood proudly on the stand with their respective medals placed around their necks.  Our hearts really swell with pride when our athletes win the gold and the American flag is raised high and the notes from our national anthem are proudly played.  Americans in the crowd at Vancouver and those of us sitting in our living rooms are all so proud to be Americans.

But, I ask, must one take home a medal for their country in order to be a winner?  Aren't all of these athletes winners whether they medal or not?  The hours of training, time away from their families, isn't that worth something.  One of these athletes really stands out in my opinion.  Noelle Picus-Pace, a 26 year old wife and mother from Utah, who participates in the skeleton competition.  She was on target to win the gold in 2006.  Four months prior to the '06 Olympics, a runaway bobsled struck her after she had completed a training run at Lake Placid.  She ended up two broken legs and one of her shin bones was completely shattered.  The doctors told her it would take her four months to walk again, instead she was back training in six weeks.  She fought hard but was unable to make the 2006 skeleton team.  She retired, got married, gave birth to a beautiful baby girl and thought her days of competing were in the past.  But something kept nagging at her and she decided to give it one more try.  She made the 2010 Olympic skeleton team but with her husband and baby cheering her on, she came in fourth place by ONE-TENTH of a second.  She missed a medal by a tiny, little margin.  However, she handled it the same way she handled her injury four years earlier, with grace and class.  So is Noelle not a winner? She is in my opinion.

Yes, I am cheering on each and everyone of those who stand and receive their medals and I love watching the US medal count get higher and higher but let's not forget those other American athletes in Vancouver whose names we may never know, who will never get a million dollar endorsement but who has worked just as hard and gave up just as much as the medal winners.  To each and every one of them "thank-you very much, you are all winners in my book".

What an amazing story of Noelle Picus-Pace.  Anyone that succees in making it to the olympics is a winner in my book as well and the Noelle's of the world are the greatest inpsirations of all.  Thanks for sharing .

Your statements are so true.......and definately touched my heart. It makes me think of my 9 year old son whom I refer to as SUPERSTAR. To the general public he appears to be just another 3rd grader, but in my eyes he's so much more.

He once said to me; "Mom; why do you call me that? Did I do something special?" I assured him that he's a Superstar whether the acts he preforms each day is great or small. Too often we as human beings focus on "the number 1s" in life, and never really acknowledge or appreciate the ones standing behind them. 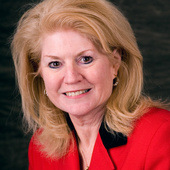