According to the 18 year survey results Housing Affordability has reached near historic levels. The positive move in Affordability can be attributed to 1st Time Home Buyer Federal Tax Credits, low home prices and interest rates.

First here's the round up on the affordability levels for California Statewide and the North State:

Here are the affordability levels Nationwide with least and most affordable highlights:

Thanks for the information...

I like sharing "Good News". It's my favorite type of information. LOL

Not surprising that many of the "least affordable" locations are in New York and California - there's nothing like living in NYC or on a California coast!

It must have something to do with weather and access to so much diverse geography and recreation. 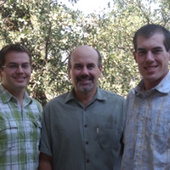