Political quarreling interrupted my construction several times in the 1850s.

My construction ceased entirely during the Civil War.

I am made of marble from two different quarries, so my bottom third is slightly lighter than the rest of me.

Some sources say that I was dedicated on this day in 1885. Other sources have me being dedicated on February 22, 1885, which would be more logical. Why?

When I was built, I was the tallest building in the world.

I am still the tallest stone structure in the world.

I have no idea Russel but it's very interesting!

The Washington Monument of course.

It sounds like you are talking about the Washington Monument - http://www.buzzle.com/articles/facts-about-the-washington-monument.html.

Russel I like the way you wrote this, it was an interesting read.   I too think it is the Washington Monument.

It is the Washington Monument - but I don't recall it being held hostage?   Look forward to learning about that.  Fun story on Sunday Russell.

This is very interesting information. I guess I need to brush up on my history because I had no idea what you were talking about! I have never been to the Washington Monument. One of many places on my "To Go" list!

Hi Russel - I knew what it was when you mentioned the height, because that was one of the answers to the presidential trivia quiz I posted on my blog on Presidents Day.  I won't put a link to it here because I don't think that's cricket, but it's a great quiz for history buffs.

Hmmm, I never knew most of this information - thank you for enlightening me on this piece of history.

I have read all the comments, but since this post is rather old, rather than making comments here in my post to each and every one of you, I'll just let everyone know that I have read all the comments and if there are any questions, I'll answer those below. Otherwise I'll simply post this comment and then head over to your blogs soon to visit and do some reading and commenting. I hope you'll have a nice welcome mat out for me!

Don't forget to let your cat come out to play with all the other ActiveRain kitties. Your cat-friendly dogs can come, too!

If you need a great cat book, get yourself a copy of Peg Silloway's The Cat Lover's Book of Days.

Hope all is well with everyone.

Hey, Susan - You and all ActiveRain readers should feel free to post links to other ActiveRain blog posts as long as they open in a new window. What I don't allow are links to viagra, pornography, and similar spam. 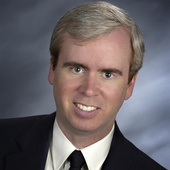