I have a closing tomorrow afternoon for a listing of mine.  I received an email today from the buyers agent who did a final walk through this afternoon.  It said, "I went ahead and let the buyers have the keys. I thought that would be ok since they are closing before Stephanie tomorrow and it will make things easier. Call me if there's a problem. Thanks!"

Call me if there's a problem?!  Um...yeah, there's a problem!  You gave house keys to someone other than the home owner without the owners permission?!  Instead of calling him, I sent him an email so I would have everything in writing.  It went something like, "NEVER give your clients keys early out of convenience without the home owner's permission!"  I was in totally shock.  I have a feeling he's a new agent, but as they say, not knowing the law isn't an excuse for breaking it!  Every class I have ever taken in AZ or TX is very clear that you do not give keys to the buyer until closing and funding.  If he's fresh out of school this should especially be engraved in his mind.

As politely as I could, I asked him to get the keys and hold on to them until he receives the call from the title company tomorrow telling him it's funded and it's officially his clients home.  What are the chances he actually calls his client and gets the keys?  If my client found this out, she would be furious.  We don't know his client and though unlikely, they could break something tonight and ask that my client have it replaced.

This agent must have had a screw loose today.  I just want to make sure he never has that screw loose again!

YIKES! What was he thinking? Oh yeah - he wasn't thinking!

You are right to be outraged and that agent's broker should be CC'd on your email.  Although this transaction may go smoothly, it's just too risky to take the chance.  On a similar note, I recently represented the BUYER of a condo.  While we were doing the walk-through before closing, the LISTING AGENT arrived, made small talk, and proceeded to give the keys directly to my client.  After she left, I told my client that what she had done was highly irregular, but my job is to protect their best interests and if she wants to give the keys to them before closing, I am in no position to override.  Foolish on her part, but no skin off my nose.

I haven't had that happen, but have had the sellers forget to bring the keys to turn over to the buyers at closing.

It shouldn't be a problem if they move all of their stuff in and have a house warming party too ... could you see it, everyone in the family over to celebrate. If that agent had another brain it would be lonely.

This is totally unacceptable in my book.  I have had agents ask if they can do this and I emphatically say "NO"!  They get a little tweaked, but, that's tough.  That house is not there's until the fat lady sings.

I would go by the house tomorrow, and if there is anything in that house, call his broker and try to work out some "rental" compensation like $100 and then let the seller know. If nothing is moved in, I would just let it go.

Hi Aja...you're correct, this is totally unacceptable!  Irresponsible does not even begin to cover it.

We closed yesterday luckily without anything going wrong with the house before it did.  The agent was very apologetic and thanked me for letting him know how it should be handled.  I just can't believe he got out of school without knowing this!  Hopefully this was his first and last time handing out the keys before it's closed and funded!

This is along the lines of "would it be OK if we did a pre-occupancy?" We hate THOSE and have never had good luck....but at LEAST THEY ASKED!  The KEYS could be a real disaster....but on the other hand some people are truly nice and just think it is the most natural thing in the world. We have had so many last minute "hitches" over the years that early keys or even pre-occupnacy makes us nervous.

I was under contract to sale my condo.  My condo was vacant.  Found out that 2 days ago that the listing agent of the buyer removed the key from the lock box and gave it to the buyer.  I do not know how long the buyer had the key.  When my realtor contacted the listing agent regarding the missing key, the listing agent became silent and then quickly responded that she gave it to the buyer for the purpose of home inspection.  And then during the home inspection, the buyer replaced the existing thermostat with a new one to test heat pump. And then the bolts were removed from the base of toilet to check for a leak that may be damaging the subfloor. All this out my knowledge or consent.  And then the buyer backed out of the contract.  If we didn't check on the condo, we would never known that all this was going on.  I feel soooo violated and taken advantage of as a seller.  My realtor was so upset when he found out and when he was telling me of what transpired. 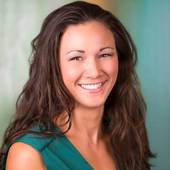