Do think our tax system needs an overhaul?

Join the online tax revolt.  It is a virtual march on Washington that will culminate with a live event.  Signing up easy.  Give your name and email address, pick an avatar, pick a team.  That's it!  Then you can check in anytime and see your progress on the interactive map.

The first-ever Online Tax Revolt, a free, interactive march on Washington was launched today.  Using state of the art technology, concerned Americans can have a voice on tax policy, culminating on April 15 with events in Washington, D.C.

“The Online Tax Revolt is open to every American who believes taxes and spending are out of control, harmful to our country and a threat to our nation’s future,” said Campaign Chairman Ken Hoagland.  ......

Read the entire story here and join the online revolt

You must sign in or register to leave a comment
Login Register
Show All Comments
Rainmaker
384,610
Kevin Robinson
Twin Falls, ID
Fractional Developer

I have already joined this.  I'll pass along the message in a re-blog.

Thanks for the post. Already a member and recruitng others. Keep up the fight. :)

This is a terrific concept and I am ready to sign up myself!

Feb 22, 2010 04:00 PM
LIKE
#4
You must sign in or register to leave a comment
Login Register
Show All Comments
Older Post Newer Post
Back to Top
Generate More Leads from this Listing
With a Trulia Pro Account
Learn More
Find what you need?
See More Blog PostsAbout Real Estate! SEE MORE NOW!
Rainmaker
240,728 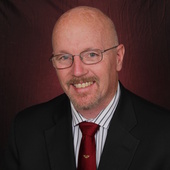