In their infinite wisdom, HUD decided that it would be better for consumers (buyers) if they knew the TOTAL cost of the transaction instead of just what THEIR closing costs were.  Not a bad idea in theory.  The PRACTICE has become a problem, though.

Pre January 1, 2010, loan originators would show buyers a Good Faith Estimate with the buyer's closing costs, prepaids, and down payment.  That would give them the TOTAL they would need to get into the house.  The 2009 GFE also showed their TOTAL monthly payment.

Now it is the responsiblity of the loan originataor to add up ALL the closing costs on the GFE, even if the SELLER is paying them.  What good does that do?

I would assume that the THEORY is that IF the seller is paying 6 points to get you into the house that you are INDIRECTLY paying more for the house.  Probably true, but how often does that happen?  1 out of 1,000?  Not very often in my market.

HUD should have at least come out with another required addendum to the GFE that shows the buyer what the seller is paying.  They didn't. So, we had to come up with our own.

It works well, but there is mega-responsibility & liability on the loan originator.

We now must goto the 2010 GFE & put in ALL the closing costs (seller paid as well) and then total the seller paid one's and subtract those to show the buyers TOTAL move in costs on our company form.  This is just more work for the loan originator, PLUS more liability.  If we get the SELLER's closing costs wrong, and under disclose, we OWE the difference to the buyer, EVEN if the seller is paying those costs!!  Is that stupid, or what?  Loan Originators have never had to deal with sellers costs.  We dont deal with sellers.  That is what Realtors are for.

Since January 1st, we have had to correctly estimate all the title company closing costs to the penny, or be liable if we underestimate by 10% or more.  So, we now carry around the Owners Title Policy charts issued byt the title company & have to put that number on the new 2010 GFE.  Let me say that in the Albuquerque market that the seller typically pays for the Owners title insurance policy, the title company's escrow settlement fee, the title binder, the survey, the appraisal, the special assessment search fee, the flood cert, and the tax service fee.

It has been interesting, to say the least.  Can you tell I'm not happy about it.

In fact, I would wager that most loan officers dont have it down yet.  I know alot of Realtors dont.

So, I will have a RESPA Changes Boot Camp next week for my top 15 Realtors to help guide them through this.  It also helps me to repeat it over & over.

This is what happens when you let people who are NOT in your business write rules for you.  Lesson learned.  Get involved in your local political action committee so this wont happen to you.

Wes, you hit on the head with "what were they thinking".  The 2010 GFE is the absolutely worst disclosure document I have ever seen.

Thanks Bill.  It is amazing that they thought this would simplify things.  Join NAMB or MBA & get involved on your legislative committees.  :)

Well, you still got the job done again today. You're still batting 1.000 with me when it come to on-time closings and pre-approved buyer to closed buyer ratio. 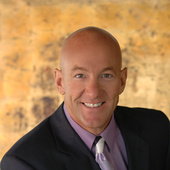