Home sales in the Research Triangle Park area of NC rose 19,5% in the 4th quarter, but finished the year down 14.6% when compared to 2008. Fourth quarter home sales were stimulated by the federal first time homebuyer tax credits which were set to expire at the end of November before being extended by Congress. Sales in November were up almost 70% from 2008, but December sales were actually down 7.3% when compared to 2008. Through the first three quarters of the year home sales were down 19.5%.

Of the three counties comprising the Research Triangle Park area, sales in Durham County (Durham) held up best, down 7.6% for the year. Orange County (Chapel Hill) sales ended the year down 10.6% when compared to 2008, while Wake County sales (Raleigh-Cary) were down 13.4% for the year.  Sales in the Research Triangle Park area were down 28.8% in 2008 as compared to 2007. The decline in sales in 2008 was fairly consistent across the 3 county area with declines in each county in the 28-29% range.

Despite the slowdown in sales, the average price of homes sold held up reasonably well in contrast to some other areas of the country. With the continued slowdown, however, home prices did show some strain (see below).

Inventory of homes in the Triangle housing market stood at 7 months the end of 2009, the same as at the end of 2008. With fewer homes sold for the year, a stable absorption rate of inventory seems to indicate would be sellers were sitting tight until the market improves.  The primary reason for inventory stability, however, was a reduction of newly constructed homes by 26.7%. The overall inventory stability was actually good for the market though as greater inventory would put more strain on home prices. Total inventory at the end of December was actually down 14.5% in terms of number of homes on the market when compared to December 2008.

Average price of homes on the market in the three main counties making up Research Triangle Park as of December 31, 2009 was as follows:

In summary, sales for the year were down nearly 15% in 2009 for the three county Triangle area. Meanwhile home prices have fallen a bit, although at a slower rate than for much of the country. For the time being the local market is mixed; relatively balanced in the lower and middle price ranges (below $300,000) and in some of the more popular locations throughout the Triangle, but certainly favoring buyers in the upper price ranges including new construction.

For more information about the housing market in the Research Triangle Park area or to discuss buying or selling a home, please contact me at 919-536-0323 or larry@larrypulley.com or check out my website at www.larrypulley.com.

Good market update! I hope you can see some growth in 2010!! 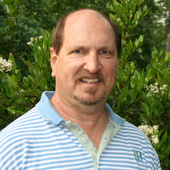