The Federal Housing Finance Agency (FHFA), released the new fourth quarter figures today and one of the significant findings were as follows:

So, it appears things are looking up slightly based on the FHFA's report.  FHFA analyzes the combined mortgage records of Fannie Mae and Freddie Mac, which form the nation's largest database of conventional, conforming mortgage transactions.  The conforming loan limit for mortgages purchased since the beginning of 2006 has been $417,000.

To see the report in its entirety, simple type in the following URL in your browser:

You can also email FHFAinfo@FHFA.gov for a printed copy of the report.

Note:  The next quarterly report which will include the data for the first quarter of 2010 will be released May 25, 2010.  The nex monthly index will be released earlier and on March 23, 2010.

This is a good resource when looking to see how the market is doing not only in Flagstaff, but around the country as well. 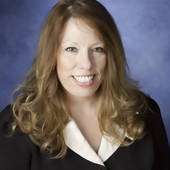