Yesterday I attended my Con Ed class to keep my license active for yet another year.   My license is in holding, and has been for 2 1/2 years, and I want to keep it for many reasons.

The best reason is that it keeps me up to date on what is going on with the news laws and challenges for my realtor associates.

During the lunch period the conversations turned to the millage votes that were held in many cities the day before.

Troy Michigan mileage was voted down.  That will impact many of the cities services.  Many of which has been a selling point for the homes.  It's my understanding tha the Community Center will be shut down.  The Parks and Recs Dept will be run by a private business.

It will be interesting to see what services are really cut.

What peaked my interest was a realtor who was adamant that the Bloomfield Twp. mileage  passed because 45% of the absentees ballots were not returned.  She assumed, of course, that only seniors used the absentee system.  She knows that seniors don't like to pay taxes and of course they would have voted no.

I thought that was absolutely amazing.  Absentee ballots are used for seniors who are out of the area during the voting, seniors (like myself) who always vote absentee and business people who don't want to take the time to stand in line to vote.   Many young mothers vote absentee because they don't want to stand in line, esp. during flu season, with young children.  They also don't want to count on the snow issue.  So it's a lot easier to get the paper ballot and be able to read it through and vote with knowledge.

So now we know who votes absentee.

Now the facts on the vote.

There are 33,123 registered voters

6206 ballots were mailed to homeowners for absentee votes

Approx 10% of those with absentee ballots voted at the polls.

That leaves about 500 absentee ballots not used.

3281 of the absentee ballots voted yes

Considering the same ratio would have applied to the remaining ballots means that it still would have passed.

The blame, if there is any blame, goes to the 2/3 of the voters who did NOTHING.

I'm happy to say that I voted yes.  I want to keep my community, Bloomfield Township, strong. Bloomfield Township has never, in my memory, turned down a good mileage.  The extra mileage for the few years will be offset by the lowering of my taxable value do to the economy. 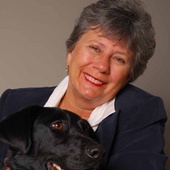