I want to share a story of something that happend to me last week.

On Friday, February 19, 2010, at approximately 12:15 p.m. my cell phone range once and then hung up. I did not recognize the number.  About 15 minutes later I received a text message from this same number.   This was an extremely graphic picutre of a man's privates (not sure of the politically correct way to address this).  Another hour went by and my phone rang again from this same number.  One ring and they hung up.

I was so disturbed by these calls and messages that I immediately headed straight home and called my husband.  He insisted that I go to the police that day.  He came home early and we went to the police station.  After some investigating it was discovered that the person who was calling me and sent that message has done this type of thing in the past.

The police, along with this guys probation officer went to his home that evening and arrested him.  Apparently he has a long history of fixating on female realtors and trying to lure them to his house.  Oftentimes asking them, if they have small children to bring them along.  Upon their arrival to his home it was found that he had a magazine opened up to my page with my picture right there.  It was further discovered that he had my cell phone number saved in his cell phone.

Upon further investigation, it was determined that this deeply disturbed man was a convicted sex offender, on the sex offender registry.  He also had a history for molesting a 5 year old girl.  In performing my own reserch on him, I discovered that he lives at home with his parents on a farm.  On a farm, that I'm told is frequented by school children on field trips.  How can this even be?  How can children be allowed on this property if there is a convicted sex offender living there.  Whether or not he "remains in the house during these tours", I'm sure that if any parent of these children knew he was there, they would not be okay with their children being anywhere on that property.

Needless to say at this point, it is uncertain what will happen, whether or not he will be imprisioned or free to roam the streets yet again.

I would also like to know what measures you use to keep yourself safe in this dangerous industry?

This is really frightening. I am always concerned about this kind of thing.  There is just no way to be completely safe in this industry.  Thankfully you didn't go to his house.

We had something similar happen in my service area. Text messages, phone calls, as far as I know there weren't any graphic photos. No arrests were made because the guy didn't exactly break any laws.

If there are any protections it would be hard to imagine what they were....taking it to the proper authorities asap is the best thing you could have done....sending an e-mail ro your local and state boards to make them aware of realtors being targeted....good idea too !

Thank you for sharing your personal story. Hopefully, this helps raise safety awareness for our fellow realtors.

Michelle, I often wonder with us being so internet savvy and social media being all the rage, etc. if we are really opening ourselves up to these type of people.  Granted you said he had an ad of your's in a magazine but I wonder if he stalked you online too.  It is very scary.

As far the farm and the school kids, I'm not sure how you can legally handle it.  I think if you make the public aware, you may be liable for slander of some sort however these kids may be in harm's way going to this farm.  It's quite interesting that he's on file as a convicted offender however school trips are approved to go there???

I do know of an agent who was stalked once.  Its pretty scary.

About 2 months ago I received what I considered a very weird call.  It was from a Los Angeles area phone number, (I'm in Chicago).  He called about what sounded like a generic property inquiry.  But something sounded off.  After I played the message back a couple of time, I thought it sounded pretty much like a lead selling company, etc.  But it was the way he switched from a formal business voice, (and using my surname), to a creepy voice using my first name that unnerved me.  I never called back, and he has not called me again.  I did get a Google number, which I am beginning to use more so that my cell number is kept private.

Wow that is incredible. I am glad you are ok.

Thank you for your comments.  Yes this was quite an unnerving experience for me, however, I think that it did raise my awareness more.  I think often times we as agents think it won't ever happen to us.  NOT TRUE....in this industry nobody is safe and we need to always be cautious.

Thank you again and be safe. 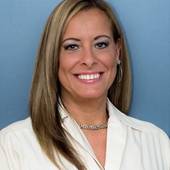