California Association of Realtors Feb. 12, 2010
An agreement for a "nonrefundable" escrow deposit is invalid and unenforceable, according to the recent California case of Kuish v. Smith (2010 WL 373225). This case serves as a good reminder for REALTORS® that inserting a "nonrefundable deposit" provision into a real property purchase contract may be legally ineffective.

The Kuish case involved a $620,000 escrow deposit for the purchase of a $14 million oceanfront home in Laguna Beach. Instead of using a liquidated damages provision, the buyer and sellers merely agreed in the purchase contract that the deposit would be "nonrefundable." According to the trial court, both parties were "big boys," meaning that they were "sophisticated business people [who] understood all the ramifications of their actions in freely negotiating to make the [deposit] non-refundable."

The buyer eventually cancelled the agreement. The sellers refused to return the deposit to the buyer, even though they sold the property to someone else for $1 million more.

The buyer sued to recover the $620,000 deposit, and won on appeal. The court stated that "any provision by which money or property would be forfeited without regard to actual damage suffered would be an unenforceable penalty. To construe the term 'nonrefundable' to establish [the sellers'] entitlement to the full deposit without regard to actual damages would essentially create a liquidated damages provision." Yet, the parties in this case did not separately sign or initial a liquidated damages provision.

Under C.A.R.'s Residential Purchase Agreement, the sellers would have been entitled to the escrow deposit (not to exceed three percent of the purchase price), if the parties initialed the liquidated damages provision, and the buyer had no contingencies or had removed all his contingencies.

Interesting post, wonder if it will spread to other parts of the country. 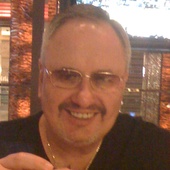