We all know where we are today in terms of equity losses and real estate values being in the tank. Each state has it's own issues and every county is a micro economy with its own economic situation. As the saying goes, its a local business.

Although we will all recover eventually, some are recovering and growing now. Others, due to natural and other resources will recover quicker and some will lag behind for quite some time.  We will recover as a nation, and hopefully we will emerge stronger and with a cleaner environment for our children. Below are a couple of really BIG reasons we will recover.

1. POPULATION INCREASE The US Census Bureau predicts that the population increases about 10% every 10 years. So if we have a little over 300.000,000 million now, we will have a little over 330.000.000  in 10 years. Add in immigration and we will have more. Those people will need homes.  Isn't life expectancy also increasing? So won't people be living longer, healthier and more active lives? Won't they want to continue to live on their own, probably in Adult communities where they play like children again?

2. CLEAN ENERGY AND TECHNOLOGY MANUFACTURING There is so much happening here it hard to keep up, but as an example, two clean energy manufacturers are spending over 1 billion dollars each now to build manufacturing plants in Tennessee for creating solar products to employ 4000 people each. Hello, job creation that we didn't have before. Maybe one reason that solar has been expensive in the past will now change due to the supply of polycrystalline silicon, a much needed product for solar energy. Congrats to Tennessee! They attracted the German manufacturer with low utilities from the Tennessee Valley Authority, and maybe their Southern Hospitality too. If other states want to attract this type of manufacturing, they need to go back to the drawing board. It's out there and they are going to go somewhere in the US. We have a great natural resource for this energy all across the southern US.

3. HEALTH CARE and I do mean Health Care, not sickness care. Our generation has the potential to become healthier than any other generation before us, and that will create jobs. The need will be fed from our population increase, and from better products.

4. HOME GROWN NUTRITION Many are now buying only locally grown or at least US grown foods, especially with all the knowledge of products from other countries not being regulated. Organic ia even better, but still expensive. Hopefully this will change with larger availability and demand. As a nation, we spend less on our food than other nations, and while it is affordable, we are now seeing that more affordable is not cheaper in the long run. More on this topic at another time. But jobs here.

5. Construction will be needed again. Construction of new homes. Otherwise, the hedge fund investors wouldn't be buying developed lots now at bargain prices. Yes, they are now buying. They are also already making deals with large builders to sell them to for future building, at least the ones that stashed some cash. The new construction will need new building materials and the cycle will begin again. This time it will happen with better materials, and a new type of home product will be created. A more sustainable home, probably a bit smaller, but with great technology. Many of the older homes will be retrofitted with clean energy products, manufacturing in the United States.

In conclusion, we will probably not have the rapid appreciation that we saw due to the insanity of the complex and bad sense mortgage products that were fueling the speculative building market that occured in the first decade of our new century, but we will see housing stabilize and eventually we will see the unemployed go back to work. And this writer thinks we will have a better world along with it. I don't think we should settle for less.

this mess will all turn around and the economy will eventually improve.....it will take a very long time for unemployment to improve and that's the key.....

Nancy, I agree with you in that it's best for everyone that the market recover slowly and I'm optimistic that it will start to recover soon.  We are already seeing positive signs here in Maryland.

Jobs are the main thing that will lead recovery. We need unemployment numbers to come down.

Nancy: Great post, thank you for sharing- it's a good reminder to stay optimistic!

We're not going to be out of the woods for a while, but things eventually will improve.

Barbara, thanks for your comment. I agree that employment is the key, and some areas wiill take longer than others. However, Tennessee is doing something right, attracting brand new clean industry from other countries in a large way. they have educated manufacturers on their affordability factor, their willingness to work well with others, and certain cities have very acceptable unemployment rates. Other states and municipalities should take notice. We could cure this unemployment problem sooner rather than later.

Barbara Michaluk, Thanks. ( I didn't realize I had 2 Barbara comments. I agree slower and sustainable is much better.

Carol and Paul, Thanks for the reminder. We all need to become green brokers. I need to work on that.

The country needs jobs, and politicians that are not corrupt to keep them in this country.  NAFTA killed America...and Americans running out buying products not made in the USA will only ensure we will never recover.  80% of the cars sold under our Cash for Clunkers program were foriegn cars.  80% of those were Toyotas!  I sure that did not put many back to work in the USA!

Jim, We as Americans haopefully will begin to look harder at where some of the products we consume are made, however, I thought that many Toyotas were being manufactured in Lexington, Kentucky. Please correct me if I am wrong. It is really sad if 80% of the cars in the cash for clunkers program were built overseas.

John, David, and William, thanks for your comments. I think we all have work to do to clean up the mess. but I would like to start spending more time finding solutions for our future. It's not that I am not made as Hell about the problems many homeowners are stuck with and the lack of response from the lenders who can and don't help. I work in it every day as a short sale specialist. I am just also spending some of my time working on solutions for the future, as all of us can also work on finding new and better economic solutions.

Jobs...we must have jobs to get this economy moving...

A lot has changed...progress still growing. Glad We are part of the Solution, helping our neighbors...to grow, thrive and succeed. 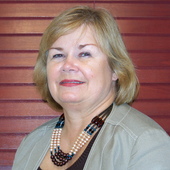