As the saying goes "there is no free lunch" and apparently this holds true in regard to Home Loan Modifications too.  I just found this out, so if everybody else already knows this, then this may not be earth shattering.

During the Home Loan Modification period of seven years, (for the plan I saw) the lender lowers the interest rate on the mortgage to get the borrower to a range of 31% of their income for their mortgage payment.

What I did not know was that the lender adds the amount of savings the borrower receives to the end of the loan and that amount is basically a balloon owed upon sale of the home.  So if a borrower was considering a Home Loan Mod, and they were not quite underwater on their home, perhaps in a equitable position at the time of the modification, they certainly would be up-side-down a few years later when they now would additionally owe the equivalent amount of whatever it was they saved in the modification process on top of their principle.

I must be missing something here.  This has to be a certain recipe for long term disaster for the borrower.  How could the borrower avoid being in a position where they were unable to sell their home at a later date due to the large balloon duefrom their earlier savings.  Basically the homeowner is renting at that point and will certainly not have the ability to sell the home, having to walk away from the home at some point, unless they stay in the home for the now 40 year term of the loan.

How does this help the situation?  I could use some feedback from AR, leave a response if you have some input.

The addition to the principle is an attempt to eliminate the potential for deficiency due to the reduction of interest of the original loan value.

Like
Norm Werner
Real Estate One - Milford, MI
Helping the first time and every time

Dean, until the feds come up with some form of principal reduction plan for these loans that will continue to be the case. I believe many lendersare just stalling right now, hoping that the feds do institute some form of buy-down of the loan principal amounts that are on the books. That is the only way that they can escape without taking big write-offs, which they are loath to do. The sad truth is that a major amount of "value" in our homes has just plain disappeared. It exists nowhere else buy on the books of the banks. There is a movement afoot to force the banks to take the write-downs on those assets; because, not to do so, constitutes fraud on the part of the banks. It is fraud because investors in those banks are not being given a true picture of the financial health of the banks so long as those sour assets are held on the books at the full face values of the loans that were made to the homeowners.

David:  I have read your comment a couple of times, and I honestly don't understand how this eliminates the potential for deficiency.....right over my head.  Reply back if you have time.  Thanks!

Norm:  Thanks, good reply.  That raises the real question doesn't it.  Do the Feds or Lenders owe anybody or do borrowers deserve any type of reduction of a loan?  I don't know the answer, I'm a borrower myself, but I does not seam like the market will find its true footing until all the artificial supports are removed.  The value is gone, as you pointed out, what to do, what to do...

Dean - It is politically expedient to put together these "measures" to look like they are doing something.  It really only kicks the can down the road (something they are very good at).  In many instances the solutions offered constitute very bad financial advice for the homeowner.  They could actually just let the home go...move on...and be in a better position 7 years from now versus signing on to a very large yolk around their neck with an uncertain outcome. ~Doug

Doug:  Yes indeed, it feels good for the moment(like Novocain), but the final outcome, as you put it, is very uncertain and perhaps more painful.  I'm glad you wrote in, Thanks.

It is written "that the borrower shall become the servant of the lender", these folks will never escape the consequences of this loan !!!!!!!!!!

Michael: OMG, there it is!  "these folks will never escape the consequences of this loan"  Why are "they" even offering this type of "help", it does not make sense for anyone, not even for the lenders?  Thanks for writing in! 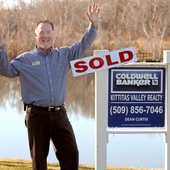