Justin Rosell is 20 years old now,serving our nation, an airmen in the United States Navy.

He used to be a heck of a ballplayer but things happened that changed his path.

He came to Florida between his Sophmore and Junior year in high school.

New area,new lifestyle new things.He made his high school team,and when he was given a chance to start,he threw a no hitter!

I was so happy for him,he thought this was his in,his acceptance...didn't work that way.

He found his acceptance in his work and his friends outside of sports.He stopped playing ball,and eventually he joined the Navy.

He seems happy now,and I'm happy for him.

Joe Rosell is 16, highly intelligent and driven. Joe was unhappy in the environment he was in so my wife and I worked with him on a transfer to a new high school.

Well he is eligible for the National Honor Society.

He tried cross country,made the team,eventually made the varsity squad that made the Florida state finals!

Joe was excited about baseball this year,he was taught to pitch under the northern long stride,Clemens,Ryan,Seaver type style and was now at a school that also embraced it.

He injured himself first game this year,a slipped disc. Prompt care and a good D.O. helped him recover quickly.

I have other son's,they have had and will have their ups and downs.

I love them all.I am so very proud of them .

I cherish these days,maybe more when I can reflect on the past...the future is never what it seems,but because it isn't what we hoped,it still may be what we ultimately desire.

Joe is now a member of the National Honor Society.

He has continued his pitching prowess,with over 40 K's in 25 innings,and ERA under 1 and almost another no hitter,he finished with a one hit shut out.

He has also moved into clean-up in the batting order. 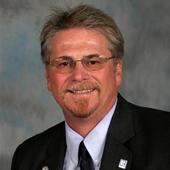 Reflections and Thoughts on Real Real Estate and other things visit www.jrosellrealtor.com