In my neighborhood of Lewisville in the East End of Moncton, I live in within sight of the Arnold H McLeod Elementary School, part of the English School District 2.

The school was constructed in 1981-82 and opened it's doors in September of 1982 and replaced several smaller schools including Wynwood, Valleyview, Sunnyside and Harrisville Schools. Beginning with grades one to six, today the school covers kindergarten to grade four.

Arnold McLeod was a former Superintendent of the Moncton School District and the school was named in his honor after his retirement. This week, on July 18, 2007, Mr McLeod passed away.

Mr McLeod, a native New Brunswicker, started his education career in Pine Glen, Gunningsville, Sussex and Rothesay, then came to Moncton as principal of Victoria School, became the first principal of Queen Elizabeth School and later moved into the School Board Office and became District Director.

In the 1950's, Arnold hosted a local TV show "The Little Red School House". Arnold introduced the Home and School Association concept to Moncton. He served on advisory boards for the YMCA, CNIB, Boy Scouts, NB Arthritic Society, and was a member of the Moncton Rotary Club. Arnold was an active member of First Baptist Church, serving in many capacities, and was a Deacon Emeritus. He also served on committees with the Atlantic Baptist Convention, on the Board of Directors with Atlantic Baptist College, and was Chairman of the Forward Planning Committee with the Canadian Baptist Mission Board for six years. During his career, he was awarded the Samuel Laycock Memorial Award by the Canadian Home and School Association, a Distinguished Service Award by the Canadian Association of School Administrators, and an Outstanding Community Service Award by the Governor General of Canada. 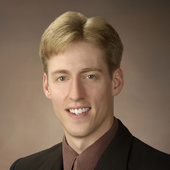