This report pertains to residential homes on less than 10 acres sold in Laclede County between January 1 2009 and December 31 2009 as reported by the Lebanon Board of Realtors MLS.

Well 2009 was another down year for Laclede County and foreclosure sales made up 20% of all sales compared to 14% in 2008, this has caused property values to decline slightly. Realty Executives has found that even in these trying times for our market we managed to grow as a company by increasing our sales volume by nearly 40%. Our small company had the highest volume of sales out of all of the members of the Lebanon MLS and moved over 16 million dollars worth of real estate in 2009. We know that our place as the number 1 company in Lebanon is due to our loyal customer referrals along with our unrelenting commitment to excellence. We want to thank all of our clients and let everyone know that we appreciate their business and look forward to serving Laclede County's buyers and sellers for many years to come. 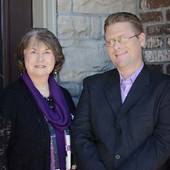