A short drive, 10 to 13 miles up Highway 74 from the ElPaseo shopping community of Palm Desert and you're in the Santa Rosa Mountain community of Pinyon Crest.  A rural community of 100 or more homes with a total of approx. 200 lots.  The acreage size of the lots begin with 1 acre parcels and go up to over 2.5 acre parcels.

Pinyon Crest was created in the late 1950's and established the Pinyon Crest Homeowners Association.  The association manages and maintains the decomposed granite roads, private (wells) water system and administers the architectural design standards along with keeping the CC&R regulations up to date and overseeing the well being of the community.  Dues for the community are under 1,000 dollars a year and are paid bi-annually by the property owners.  This area of the Santa Rosa Mountains is surrounded by the San Bernadino National Forest and is now part of the National Monument protection of the United States.

Temperatures range from 10-20 degrees cooler than the desert floor, with elevations from 3500 ft to over 4200 ft. making the views of the valley floor, hills and mountains some of the most beautiful vistas around.  Serenity and mother nature abound along with a very populated wild life of various species.

There are no fences so the landscape flows from one property to another without looking like a subdivision, which in turn gives you the feel of living in the wild.

The area boost its own celebrity with the mountain retreat compound Frank Sinatra built in the 70's and stories of his famous parties are told by the locals to this day.  The property is still enjoyed today by its present owner and sits at the high point of the mountain.  The area is also home to another movie star and another foot note about the history of Pinyon Crest is the Cahuilla Indians used this area for their summer camps to escape the heat of the desert in the summer.  There are rock formations where the Indian's used the rocks to grind the pine nuts for food.  A rich history is part of the area and many of the locals love to share their knowledge with the low landers.

Homes are a mix of old and new but the many new homes built or being built are in the million to million and half price range.  The locals say this area will one day, soon. be discovered and they have mixed emotions about that fact.  They love the peacefulness yet want the world to know this is their piece of paradise so close to the city limits of Palm Desert. A sample of the views!

Show All Comments
Melissa Schnieders
Melissa Schnieders Photography - Wichita, KS
GORGEOUS VIEW!  Thanks for sharing!  I live in Kansas and we have equally beautiful view, albeit a little flat, okay really, really flat!!  This photo would be a wonderful screen saver - it is so peaceful!
Like
Pam Hofmann
Third Tennessee Realty & Associates, LLC - Crossville, TN
Your Crossville, Lake Tansi & Fairfield Glade Specialist
Judy, What an awesome view, so much different than our Tennessee mountains which are so green

Like
Carl Winters
Canyon Lake, TX
Judy: Appears to be a really nice place; away from the busy city and peaceful. I agree, they won't be able to keep it a secret much longer. Thanks for sharing the nice photographs.
Like
chevron_left
Older Post
Back to Top
Newer Post
chevron_right
Rainer
18,720 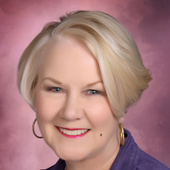