The consumer confidence index fell to 46 in February from an upwardly revised 56.5 in January. Economists had anticipated a reading of 55. The index was benchmarked at 100 in 1985, a year chosen because it was neither a peak nor a trough in consumer confidence.

Why such a big drop?

Some say volatility is expected at economic turning points.

"One report does not a trend make," said Carl Riccadonna, senior economist for Deutsche Bank in New York. "This is a yellow flag but not a critical development to be sure. At economic turning points, we often show volatile fits and starts."

"Clearly the trend of consumer confidence bears continued scrutiny," said Riccadonna. "I'm putting an asterisk by today's number. This is not an indication of double dipping, but rather typical behavior."

These numbers are from the Conference Board, a New York-based research group.

There is also the ABC News Consumer Comfort Index that has some nice charts which can be seen here.  They show similar drops in numbers. 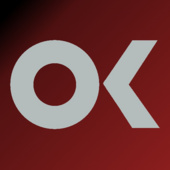 OK and Associates Realty Plus