I spent a good portion of last Saturday morning watching the news and revisions of the tsunami warning. The wave that reached Hilo was about 3 ft. high. It was interesting watching the tidal surges on TV.  It was about half of the predicted size.   Unlike earthquakes and hurricanes, tsunamis impact the low elevations just along the coast. Fortunately many of our grocery stores are well outside of the evacuation zone. Our malls and big box retailers are also located outside of the evacution zone. So even if the wave had been substantially larger, the affected areas on the Big Island would have been the small downtown area of Hilo and Kailua Kona and some parts of ocean front subdivisions at very low elevations.

A friend went to Home Depot to buy paint and there were people fighting over bottled water; evidently a few people seemed to panic. I guess that they have never watched anything about tidal waves on the Discover Channel or PBS.  Overall most people exited the evacuation zones in an orderly manner.  Even a sustantially larger wave will not impact the majority of the infrastructure on the islands.  I live at 250 to 300 ft. above sea level and felt no need to panic. I didn't feel any need to rush out and stock up on groceries or water.  The bottom line is to heed evacuation warnings and stay calm.  According to the scientist at the Pacific Tsunami Warning Center, exact wave heights can be difficult to predict.

I'm happy the tsunami failed to live up to predictions. I love Hawaii. I spent some time there when the Holiday Inn on the beach near the zoo was brand new. That must make me old!

Glad it wasn't as bad as they thought it would be. Sometimes it makes me laugh how crazy people get with any kind of warning. I remember living in North Carolina and watching people scramble to the store for flashlights , bread, water, and other things when they called for snow (the area I lived in didn't get snow very often).

I was also glued to the televison watching in anticipation for the tsunami to hit. I'm glad it was only half the size and that the warnings gave people enough time to prepare and evacuate.

Thanks for the comments.  Even if the wave had been in the 6 to 10 ft. range, only some very low elevation oceanfront property would have been damaged. Many areas along the coast on the Big Island have 15 to 50ft. sea cliffs. 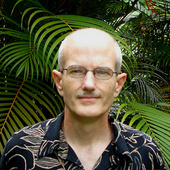