Like:
Home > Blogs > Dawn Forshag > Dawn Forshag's (dawnforshag) Blog
Subject: 2009 Crime Report - St. Charles Parish Message: Crime statistics in St. Charles Parish for 2009 present a mixed picture. Crime decreased in 5 of the 7 F.B.I. Uniform Crime Reporting categories during last year including murder, rape, robbery, burglary and auto theft. Crime increased in 2 of the 7 categories including thefts and assaults. There was one homicide in 2009 compared to 4 in 2008 – a 75% reduction. There were 12 reported rapes in 2009 – compared to 14 in 2008 – 14% decrease. Robberies fell from 31 to 23 in 2009 – a 25% reduction Burglaries went from 434 in 2008 to 425 in 2009 – a 2% reduction. Auto thefts fell from 103 to 85 in 2009, a decrease of 21%. Crime rose however, in the following two categories: Theft and Assaults. Thefts jumped from 823 in 2008 to 1016 in 2009 – a 23% increase. Assaults surged from 685 to 894 in 2009 – a 30% increase. The good news for St. Charles Parish is we continue to see declining numbers in the more serious categories of violent crime. However, this good news is overshadowed by significant increases in assaults and thefts, which have caused an overall increase in crime in St. Charles Parish of 17% for the calendar year 2009. The lion’s share of assaults involved domestic violence or assaults among family members. This is one area in which we have actually taken an aggressive position in the encouragement of reporting. We have recently opened a Victim’s Assistance Center, which promotes the reporting of domestic violence. Representatives attend public events promoting this reporting and intolerance for domestic violence. To some extent, we are victims of our own success in this area. Thefts are up in various areas. Bicycle thefts rose 22%. The vast majority of thefts we experience are the thefts of items from automobiles. Recently a theft and burglary ring was broken up in the Luling area, which was responsible for a large amount of thefts we experienced this past year. Shoplifting has also increased 58%, with the largest location being the Boutte Wal Mart. Undoubtedly, the economic situation with high unemployment and lack of job availability must also be a factor in both of these categories where the numbers increased. We are also hopeful that our recent successful undercover narcotics operation will pay off in the form of reduced property crime as a result of the incarceration of dozens of drug dealers in St. Charles Parish "Protecting and Serving the citizens of St. Charles Parish." Sheriff Greg Champagne P.O. Box 426 Hahnville, LA 70057 Ph: 985-783-6237 sheriff@sheriffgregchampagne.com To unsubscribe from this list, click here This message conforms to the CAN-SPAM Act of 2003
LIKE
Re-Blog
close 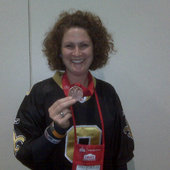