The Winter Olympic Games that just finished up this past week, were by most reasonable measures, a big success. I had the opportunity to be in Toronto last week in a meeting with about sixteen of our Canadian Publishers of The Real Estate Book. The excitement and pride associated with hosting the games was very evident. I remember personally experiencing that same sense of  "pride of place"  and  "pride of  Country" when the games were here in Atlanta, where I'm based, in the summer of 1996.

But the Olympic games aren't the only good news going on in Canada these days. I was reviewing housing stats provided by CREA, Canadian Real Estate Association, prior to my trip there and was thoroughly impressed by how well the housing market performed in 2009.

While most of the U.S. weathered another challenging year in 2009, our neighbors to the North, did very well.  Canadian homes sales increased by 7.7% and that's on top of healthy gains in 2008 as well.  Results did vary widely by Province,  from a high of +23.4% in British Columbia to a low of -7.8% in Nova Scotia.  Canadian home prices increased by 5%, and again that's on top of a gain in 2008. Only one Province, Alberta, showed a small decline with all remaining Provinces gaining ground and Newfoundland increasing the most at 15.6%.

CREA forecasts that 2010 will be another good year with a 13% gain in home sales and a 5.4% gain in prices. All pretty impressive. The good times will roll on.

How has Canada been able to largely avoid the calamity that hit most U.S. markets these past three years? My opinion only, but from what I can patch together; more conservative banking practices, fewer "creative" mortgage products and less speculative home building.

You've got to love that Canadian Gold. 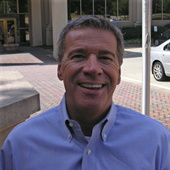