We talk to countless people who really want to buy an urban condo but are afraid. They worry that prices are going to go down further and hurt them as the eroding market has hurt so many others.

Here are some great numbers that put the current Phoenix real estate market into perspective. This data is for real estate in general, not urban high rises and lofts specifically. However, the numbers reinforce our opinion that with all things considered (i.e. the very real possibility of higher interest rates, the very real possibility of inflation, and a real increase in buyer interest among our clients) that now is a good time to buy. Please understand that our optimistic opinion does not apply to all high rises and lofts. There are definitely some risky situations out there. But in general things look much much better.

The numbers below show what has happened since January 2002 in the greater Phoenix real estate market.

CONCLUSION - Days on Market are way down to a level seen in the "normal" market of 2002 to 2004. This supports our opinion that the number of buyers and sellers have reached parity or balance. However, we do believe that today's number is heavily influenced by the very high number of foreclosure properties which are selling very quickly. Nonetheless, one can see that the number of days to sell has come way down and supports our optimistic outlook.

CONCLUSION - The current number of pending sales is significantly higher (25 to 50%) than the numbers in 2004 and 2005 which is a great thing. Please note that the number of pending sales is down today vs. May of this year. However, please know that real estate sales in Phoenix are almost always slower in the fourth quarter of the year vs. the first two quarters of the year. I'm sure you'll agree that few people want to shop for a home and move during the holidays.

CONCLUSION - Yes the number of closings today is lower than January 2009 but again understand that few people want to shop for homes or move during the holidays. Sales are almost always lower this time of year. Expect a nice jump in the number of sales in January 2010.

CONCLUSION - The average price has GONE UP 43% in the last eight months and today's average prices are almost 15% lower than those in 2002. Buying at 2002 price levels means nothing IF prices are still going down. But if prices are going up, which the data suggests AND you can buy at 2002 levels then now may in fact be the time to buy.

CONCLUSION - Current prices per square foot are up approximately 29% since just six months ago but still approximately 18% lower than in 2002. Again, prices are going up but you can still buy at or below 2002 prices.

STATE OF THE MARKET

So there you have it, data that suggests that we "hit the bottom" in real estate in early 2009 and that prices and sales activity are going up. You can believe what you read in the newspaper and see on the evening news OR you can form your own opinions based on the numbers. Fitz and I have been pretty conservative in our opinions of the real estate market during these tough times; certainly more conservative than any of our peers. We have NOT been banging the drum telling everyone to buy, buy, buy just so we could make a commission. We have instead been very skeptical of a "recovery". However, we now see things differently. We believe the numbers. We believe that prices have bottomed and are going up. We believe that the worst is behind us. We also truly believe that interest rates will be going up soon. We also truly believe that inflation is on its way. If we are right then, in general, now is the time to buy.

I say "in general" because we believe that there are exceptions to this statement. Some high rise and loft buildings are still very risky and are many months, if not years, from recovering. YOU STILL NEED AN EXPERT ON YOUR SIDE to help you find the good "buys" and to identify the stable high rise and loft buildings. Don't trust your investment to a part time agent or one who does not specialize in the urban niche. You still need the experts at We Know Urban Realty. Call us for help.

That is great news to pass onto clients - I know that banks in our area hesitate to loan on condos - but they go so fast!

How are you doing today. I just want to introduce myself to you my name is John with ABC Home Inspections. If I can assist you in any home inspections. Please call me. 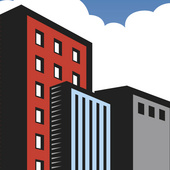