An Open Letter to Our government Officials

To our Honorable Government Officials:

As a long time member of a profession involved in the housing market, I wanted to share with you my thoughts regarding what has transpired since the removal of the Down Payment Assistance Program (DPAP).

I have been involved in real estate since 1990.  I have touched thousands of transactions; first as a Realtor, then as both a settlement office/closing attorney.  Since I am fluent in Spanish, I handled a good number of transactions for the Hispanic community; many of which were first time home buyers.  During the course of these last 20 years, many of my purchasers were buying homes in a market that was associated with appreciation; not so much in the late 1990's, but nonetheless, appreciation.  Many of them used either Nehemiah or Ameridream DPAP closing assistance. All of them were VERY appreciative of the program because it allowed them the opportunity to purchase a home; a home in America.  This opportunity was unreachable in many of their countries.

Beginning in 2003 and continuing for a few years thereafter, the housing market flourished and many people, of all nationalities, were purchasing homes in hopes of investing in an appreciating asset, which would eventually be their nest egg.  The rest, as they say, is history.  Unfortunately, the market took a turn for the worse and we all know what happened next.  The question to ask is: "was it the fault of the purchaser who was given the opportunity to buy a home, or was it the fault of the economic downturn, the loss of jobs and the spiraling effect thereafter?

What happened to all of the purchasers who purchased homes in the 1990's with DPAP?  Did they lose their homes or are they still paying?  Did everyone who used DPAP in the 2000's lose their homes?  Was the DPAP the source of the problem?

My concern at this time is this:  We are in an environment where real estate/housing is becoming once again a stable investment, with attractive entry level pricing and moderate appreciation with historically low interest rates; like it once was.  The big difference here is that the only people capable of purchasing property at this time are those with large cash downpayments and or wealthy investors; where do the Hispanics fit into this scenario, where are the other minorities? These groups at one point were responsible (if not more responsible) in paying their mortgage and all of their bills. When our economy gave the minorities the opportunity to earn a living, they paid their bills. They took great pride in not only being in America, but also living the American dream and respecting the system in this Country.  The lack of a DPAP has created somewhat of a discriminatory effect against the minorities, and the less fortunate who were once able to purchase a home, their American dream, and pay their mortgage like everyone else. These opportunities can't exist and won't soon come back if we don't act in their interest.  I'm not advocating to give hand-outs to those that wish to purchase solely so that they can; no.  I am advocating coming up with a plan that will allow them to borrow the money, or utilize a DPAP tied to their employer or their direct paycheck, that would assure its payment. We need to establish a program the every payment made on time creates a future discount at the end of the loan or a rebate system where part of the money paid out can be reserved and grow as a "forced savings" for them to receive once the assistance provided to them is paid off; we need to do something. We need to come up with a plan, and we should have it sooner than later.  Although the dream of homeownership is attractive, how attractive can it be if you can only experience it through the window of a door looking in?  By the looks of what we're seeing now, it sounds like they're back home and the impossible dream has once again become impossible. 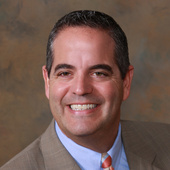