The California Housing Finance Agency (CalHFA) today announced that it will develop innovative initiatives to use nearly $700 million in new federal funding to help California’s neediest homeowners struggling with mortgages payments remain in their homes.

In addition to California, the funds will support efforts in Arizona, Florida, Michigan and Nevada. All five states have seen average home prices decline by 20 percent or more. In the early 2007, California's median home price was $484,000 before dropping to a low of $221,000 in April 2009 - a drop of more than 50%. Since then, the price has started to stabilize in some parts of the state.

This program is intended for California’s low and moderate-income homeowners to assist unemployed homeowners, homeowners who owe significantly more than their homes are now worth and for those facing challenges associated with second mortgages. Steven Spears, Acting Executive Director of CalHFA said he expects the program to be ready to be implemented by mid-year or sooner. CalHFA would provide regular updates on the status of this program through the CalHFA web site at www.calhfa.ca.gov.

As Mr. Spears himself agreed, this funding alone will not solve the significant problems in the housing market. There are mainly two reasons why some of these initiatives, including widely publicized Home Affordable Modification Program (HAMP) have had limited effect so far. One, there are so many people in California with negative equity (as evidenced in the fall of median price chart above) and the other is the high unemployment rate (see chart below). If the borrower couldn’t afford the payment before and you reduce it by 10%, they’re not likely to afford that either.

I am hoping, CalHFA recognizes the unique situation of CA which is saddled with whopping drop in home prices and a double digit unemployment rate. Unless the program addresses these two issues directly, the effect at best will be limited.

How do you think CalHFA can make the best use of this $700 million to help struggling homeowners? Comment below. 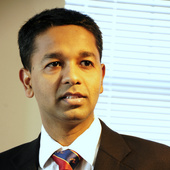