. . . The French Valley in Winchester, California - of course! Many French (and French-speaking Dutch) immigrants settled in the "French Valley" and made a life for themselves farming grain and raising sheep.

One of the few reminders left of these first residents is the windmill that still sits to the east of Winchester Road. We see it every time we turn onto Auld or Benton. The familiar shape of this windmill confirms we're nearly home once again. While not in use today, it was once the horsepower that drove massive pumps the farmers in French Valley relied on to irrigate their crops.

The Van Gaale family, hoping to create a Solvang, California style community, actually moved the windmill to the corner of Winchester and Benton. They were later forced to disassemble the windmill and move it to its current location after airport authorities said it would endanger the public to have a commercial enterprise (attracting large numbers of people) directly in the landing pattern of the French Valley airport. (I guess those officials had retired when plans for the current French Valley Village Center were submitted.) The windmill is surrounded by 10 or so Dutch style buildings that were models for the community they were wanting to build. They are used primarily for storage today but when the economy turns around they hope to have a bakery, a restaurant and other businesses in them.

Recently, this "village" off of van Gaale Lane provided the perfect backdrop for the 9th annual Dutch American Heritage Day celebration. It was held here for the first time just this last November. After being at the Temecula sports park for the past 8 years, attendee's quickly fell in love with this authentic Dutch setting. Tentative plans have been made to hold the event here again November 2010. (CLICK HERE to become a fan of the French Valley Fan Page on Facebook and receive a notice of the event dates when they're published.) Next to the windmill and Dutch Village is a 40,000 Square Foot warehouse. It's the home of the Dutch Mill Trading Company; a store that's chock full of wonderful antiques and specialty merchandise. They even have a selection of new clogs to choose from. There's plenty more to see and discover at Van Gaale's Dutch Mill Trading Company. So, if you haven't been there (or if it's been a while), I highly recommend a visit.

** Click on any of the images to see a larger version of it.

You must sign in or register to leave a comment
Login Register
Show All Comments
Rainmaker
359,256
Aaron Vaughn, REALTOR© 512-845-4204
eXp Realty - Canyon Lake, TX
My knowledge is your power | eXp Realty

There are some really nice photos here. Excellent blog post, too. One of the reasons I love Active Rain!

David ~ Wow , I am surprised you don't have more comments! This is a awesome post, Localism, community, great photo's, content. I think it should be a featured post! Thanks for the the info on Van Gaale's Dutch Mill Trading Company.

Thank you Aaron & Monique! I appreciate you taking the time to let me know.

Is the Dutch Mill Trading Company closed?  i have been calling and driving by and it seems like it is no longer open.  I'm a photographer and I would love to take photos on that site as well as search for props in their antique store.  I haven't found an answer online and was hoping since you are the FV expert you would know!

Interesting post and great photos. I'm sure the Dutch Mill Trading Company offers some unique items. I'll have to check it out next time I'm in the area. 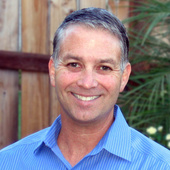