Wow! Where has this day gone? I have had my shoulder to the grindstone since 7:30 this morning. I'not complaining. Like I said in my previous post, I am very thankful. Time flies when you're busy. I am tempted to move this enterprise to my home office. Looking at the storm, through the glass, I made a command decision.  I think I will wait it out so I am once again in front of my keyboard doing a little networking.

Don't mistake that comment about the storm as being less than deferential. As a native Texan I have learned to give thanks for every drop of rain the Great Spirit gives us. Here's a little tidbit for yous guys out in the wilderness. Notice how I said "yous-guys"? We will talk about that in the next few paragraphs. Anyway, do you know how many natural lakes there are in Texas? Before you guess remember, we have so many lakes around here you can't travel more that a few miles without admiring one. Well, my readers in the northern territories, the answer is, one. And we have to share it with Louisiana.

All our reservoirs are man made and we have a beautiful assortment. We have these because of the industry of our people. Don't think for one second that just because we ain't a bunch of chowder eatin' yankees that nothing gets done. We do have grit. The number one reason I love my fellow citizens down here is because they aren't rude enough to send me emails telling me I need to try harder to hide my "Redneckedness.".

I am painfully aware of my limited command of the English language. If I could talk good inglish I'z be teaching compzition at TCU.  So, since some think the word "ya'll" is a display of "redneckedness", I have decided to be a little more nationalistic in my use of regional vernacular. I think I will start saying yous-guys instead. This way all us'n  down here get to share the enjoyment of this beautiful and lyrical dialect.

Yankees! God bless um', they just can't help themselves can they?

I just heard something very discouraging on the NBC nightly news. A family was burying their soldier son, who was killed because he stood between us and them. A group of protesters across the street were holding up signs saying God Bless IED"S.  I tell you one thing. They should be happy I wasn't there. If I had been, they would have witnessed firsthand the devastation an IED causes, because I would have exploded like one.

I feel my blood rising so I will sign off before I become even more politically incorrect. I hope all yous guys have a great evening. I am here if you need me. 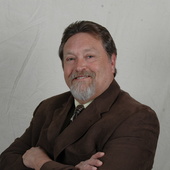