In an effort to end the foreclosure crisis, the Obama administration has been trying to keep defaulting owners in their homes. Now it will take a new approach: paying some of them to leave.This latest program, which will allow owners to sell for less than they owe and will give them a little cash to speed them on their way, is one of the administration's most aggressive attempts to grapple with a problem that has defied solutions. More than five million households are behind on their mortgages and risk foreclosure. The government's $75 billion mortgage modification plan has helped only a small slice of them. Consumer advocates, economists and even some banking industry representatives say much more needs to be done. I say instead of paying seller to leave, they should pay the mortgage companies if they negotiatie to accpet the offer within 30 days and close within 90 days, I don't think it is the sellers who are holding up the process, it is the banks. Pam Keen/Broker

I had not heard this Pam! I can't believe they are paying people to get into homes they can't afford, and now they're paying them to get out!!  Amazing!

Hi Pam - I read about this plan this morning.  Sure hope my grandchildren can afford to buy a house someday.  lea deo

Pam: Please note that this is the HAFA program and not all lenders will be participating in the program.

The HAFA program brings in another slew of complications for the closing and negotiating process. Buy and sell like the old days would be a nice refresher for us; would it not?

Buyers, sellers, and lenders may do things differently to get the free money from the government.  If these programs cease we may eventually get to where the market may begin to recover.  Those that cannot afford their home will downsize to what they can afford and may eventually be in a position to move up again.

I wrote a featured post on this exact subject last week and I agree, the administration is sending the money in all the wrong places and doesn't have any real clue to what is going on in the housing industry. 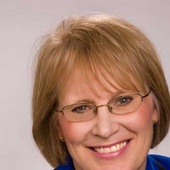